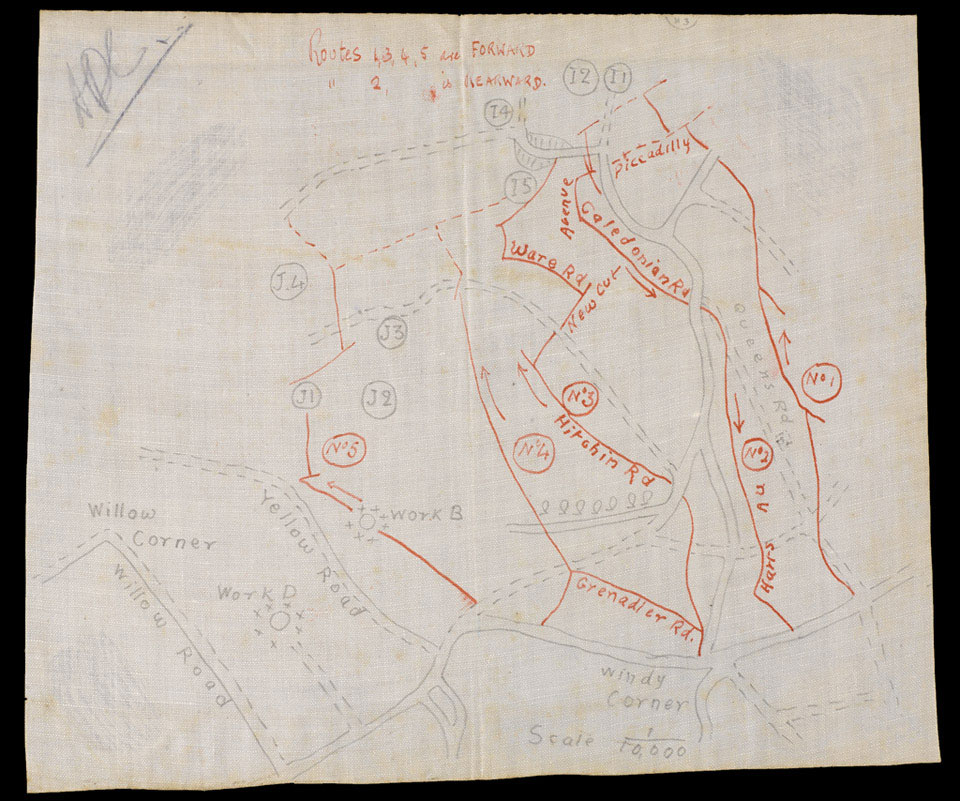 'Map of routes to and from trenches on Givenchy Hill. Made for attack by us, June 16th 1915'

This hand-drawn trench map, inscribed on waterproof paper, details the routes of approach to be taken through a trench system during the attack on Givenchy Hill. The roads are drawn and labelled in pencil and the trenches are drawn and labelled in red ink. Both are numbered and coded, with a scale gradation provided in the bottom right corner. The map belonged to Lieutenant Arthur Fancourt Logan, 2nd Battalion The Bedfordshire Regiment, who used it during 7th Division's unsuccessful attack at Givenchy on 15-16 June 1915.

From an album of compiled by Lieutenant-Colonel A F Logan MC, East Surrey Regiment and 21st Prince Albert Victor's Own Cavalry.