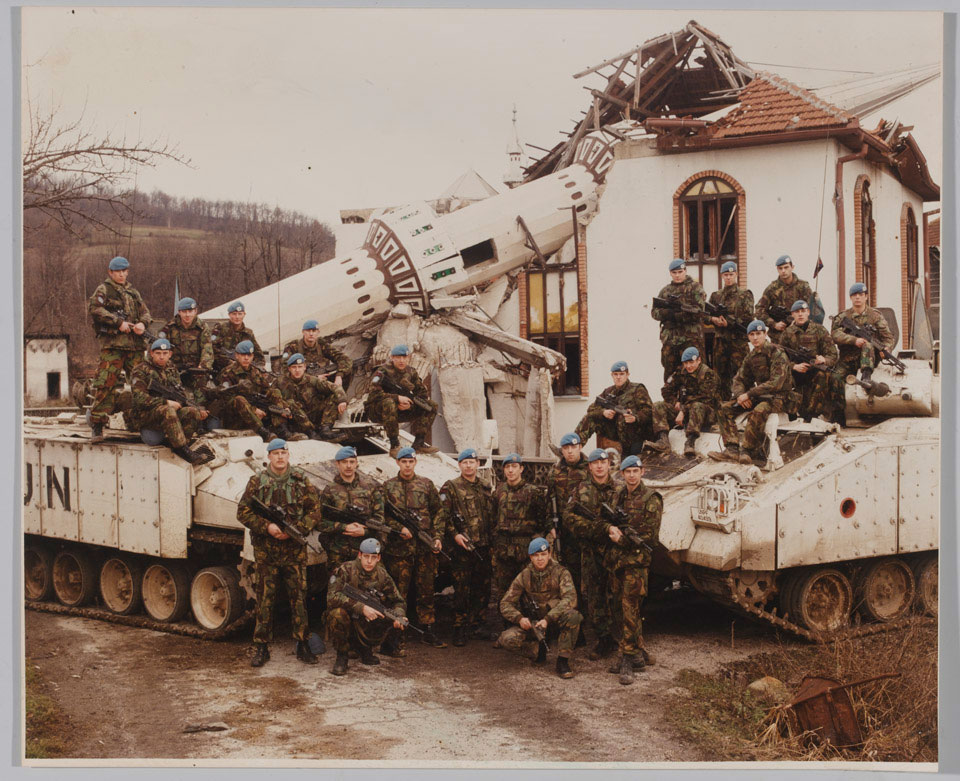 Following the break-up of the former Yugoslavia in 1991 and fighting between Serbs and Croats in Croatia, a civil war erupted in the new Republic of Bosnia-Herzegovina. Bosnia had a mixed population of Muslims, Serbs and Croats and in 1992 the Bosnian Serbs attacked their neighbours, seizing large tracts of land which they then 'ethnically cleansed' of non-Serbs. As the war went on, the Croats and the Muslims also carried out ethnic cleansing and an estimated 2 million people were driven from their homes.

In September 1992 the United Nations authorised the deployment in Bosnia of a 'Protection Force', UNPROFOR, which had the task of protecting the aid convoys run throughout the region by the United Nations High Commission for Refugees. The initial British contribution to UNPROFOR included around 2,400 troops who deployed under Operation Grapple in November 1992. As time went on this force was expanded.

Today, British troops still serve in Bosnia on peacekeeping and monitoring duties with the European Union Force Bosnia and Herzegovina.