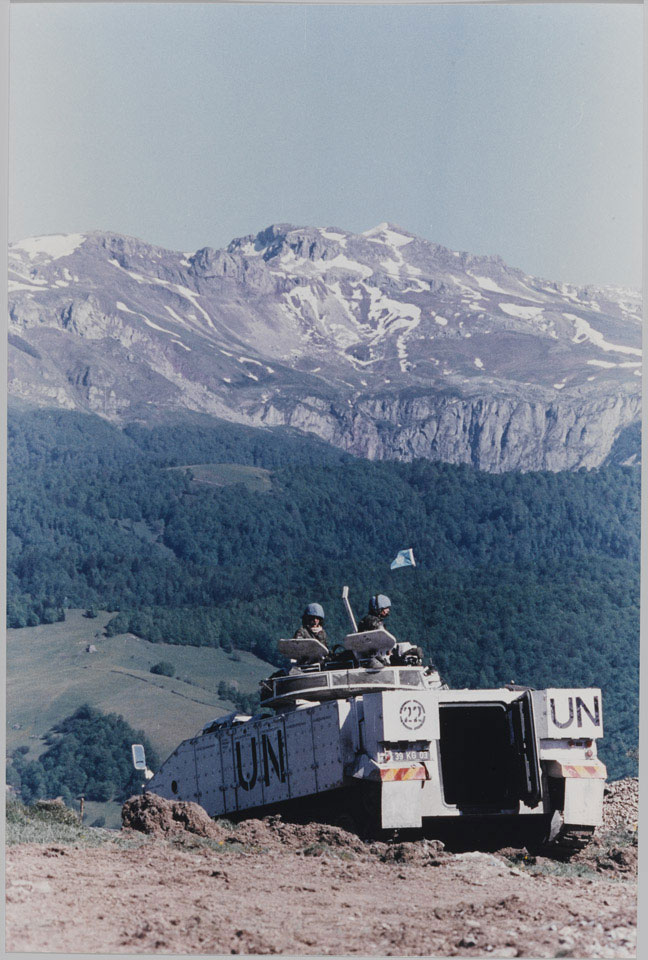 The Warrior Infantry Fighting Vehicle is an Armoured Personnel Carrier (APC) used to transport soldiers into an operational area. It also provides firepower support when they have disembarked via its powerful L21A1 30 mm Rarden cannon and its 7.62 mm machine-gun. Crewed by a commander, driver and gunner, the Warrior is able to carry up to seven fully-equipped soldiers with their supplies and additional weapons. Soldiers enter the vehicle via a ramp in the rear. The Warrior entered service in 1988. As well as Bosnia, the vehicle has seen service in the Gulf, Kosovo, Iraq and Afghanistan.