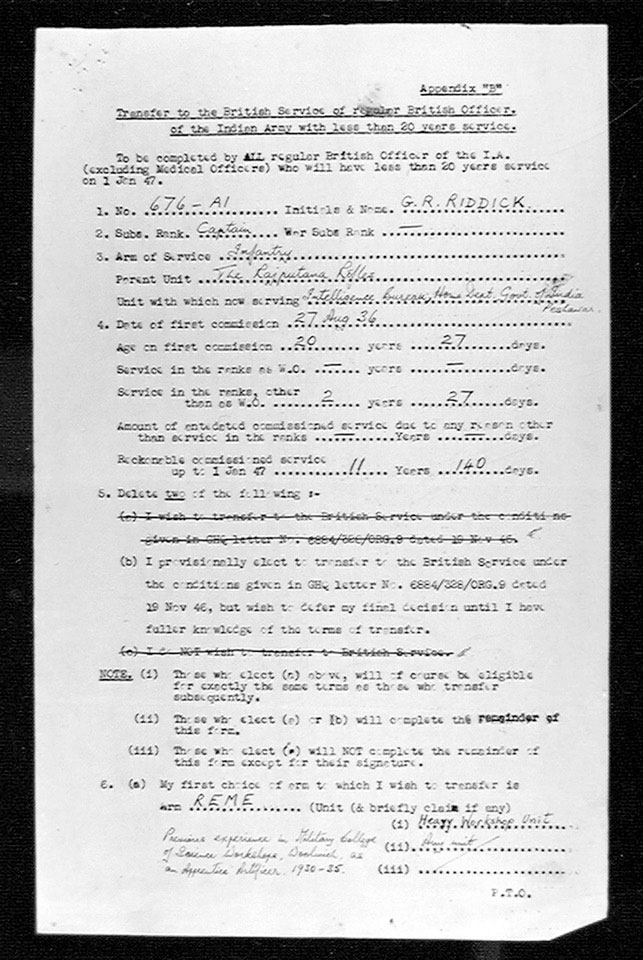 As the date of Indian Independence drew near, it became necessary to make arrangements for the future of British officers of the undivided Indian Army. They had the choice of serving with the new armies of India and Pakistan, transferring to the British Army, or giving up soldiering altogether. This form is an example of that completed by officers in response to a circular outlining the terms agreed for those wishing to join the British Army.

Captain Riddick, who had served in the 6th Rajputana Rifles since 1937, was accepted for service in the Corps of Royal Electrical and Mechanical Engineers, reaching the rank of Lieutenant-Colonel before retiring in July 1971.