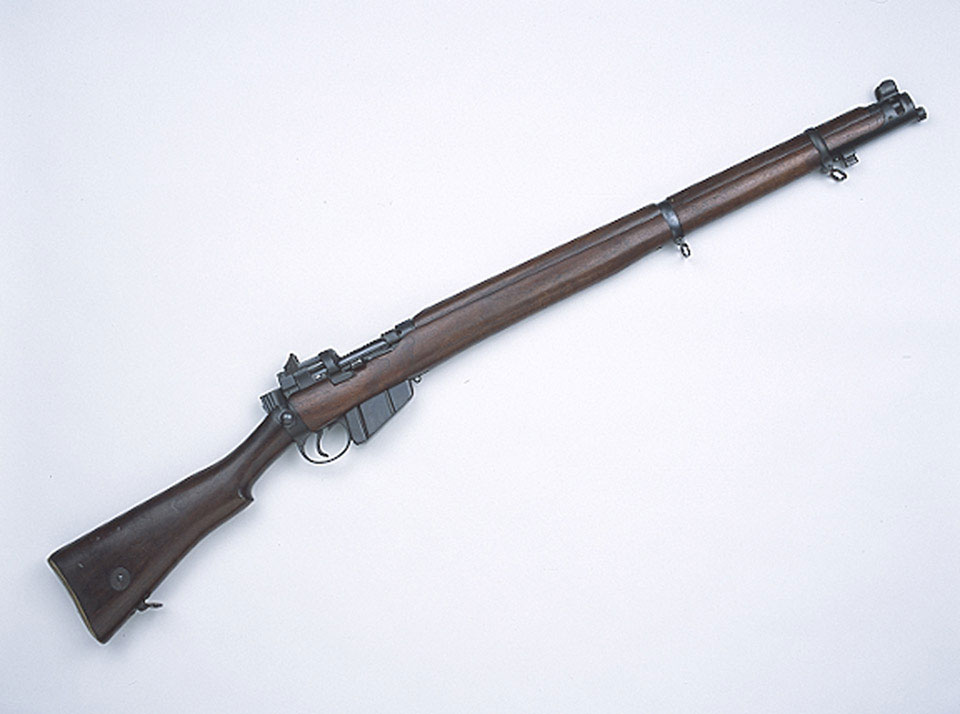 Experiments with new smokeless cartridges, bolt-actions and magazine loading had resulted in the introduction, in 1903, of the Short Magazine Lee-Enfield, the rifle which would arm the British Army for two World Wars. Firing a small-calibre bullet to a maximum range of 2,800 yards, the Short Magazine Lee-Enfield was the infantryman's definitive weapon. In the initial battles of the First World War (1914-1918) the German troops believed that they were facing machine guns rather than rapid fire from British soldiers armed with this rifle.