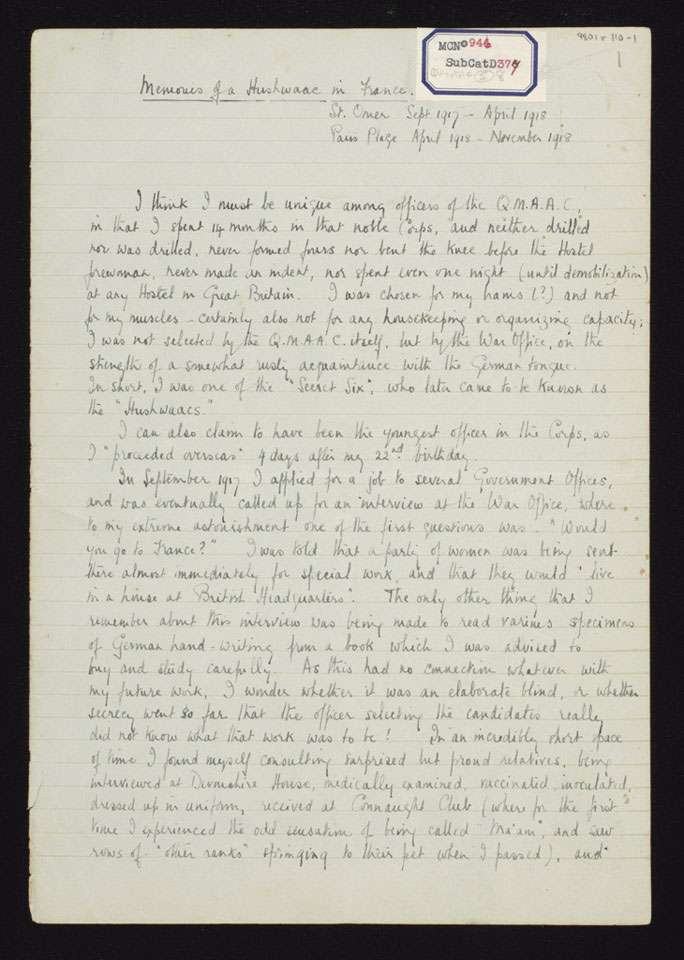 Watkins was selected by the War Office because of her ability to speak German and became one of the 'Secret Six' known as 'Hushwaacs. She was the youngest officer in the corps and was 22-years-old when posted overseas. Sent to Boulogne, she eventually took up a post checking German codes with the rank of assistant administrator. She describes her camp at St Omer, the winter weather, the women growing their own vegetables.

Her account describes the German Spring Offensive, damage to the town as refugees passed through and retreating to various bases. she also outlines the exemplary behaviour of WAACs during the heavy fighting. She also took part in the Army Educational Scheme, seeing it as an opportunity to be a teacher. Following the Armistice she returned to London and worked at the War Office for nine months before demobilisation.