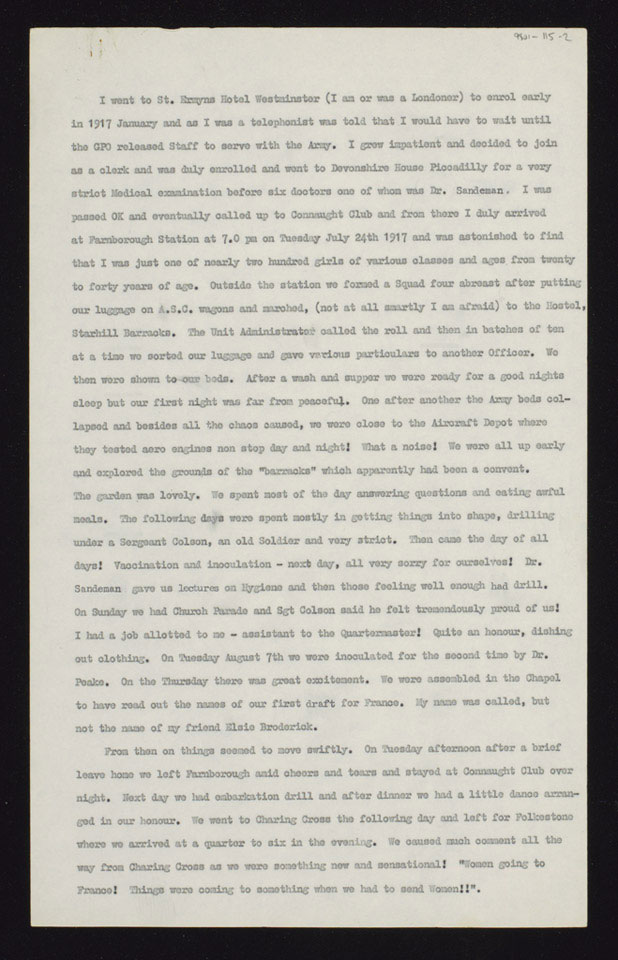 Kathleen White enrolled as a clerk in the Women's Army Auxiliary Corps in January 1917 at St Ermyns Hotel, Westminster. After training at a barracks she worked as an assistant to a quartermaster and then moved to Boulogne. She describes her boat and train journey to Camp 1 at Mautort on the Western Front, as well as describing army food and accommodation. Initially engaged in menial tasks, White eventually became a telephonist at Abbeyville, working with the Signal Corps.