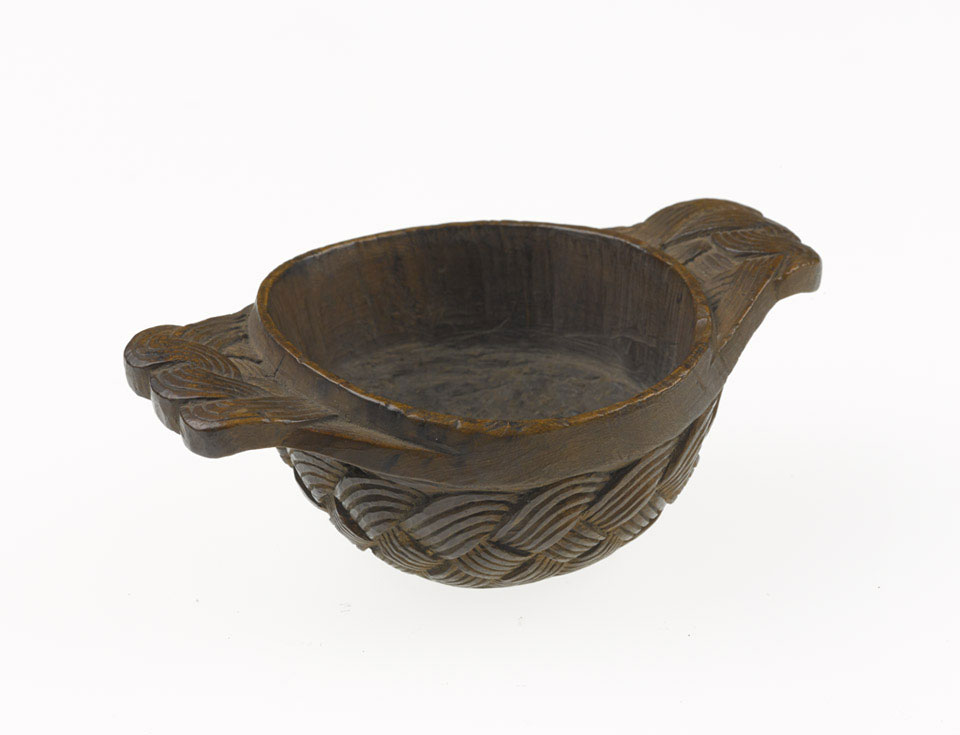 The quaich was a traditional drinking vessel, usually for whisky, and usually carried by travellers who would expect, in accordance with Scottish conventions of hospitality, to be offered a dram of whisky in it when meeting or leaving a host. The donor associated this quaich with the Jacobite Rebellion of 1715 and the poor materials from which it is made (there are grander versions, used by the aristocracy, made from silver), suggest it might have been carried by a Jacobite soldier.

This object has been selected because it is evidence of British (or at least English) military suppression of Scots insurgency in 1715, looted as it probably was from a Jacobite soldier, who received the most brutal of treatment at the hands of the English establishment.