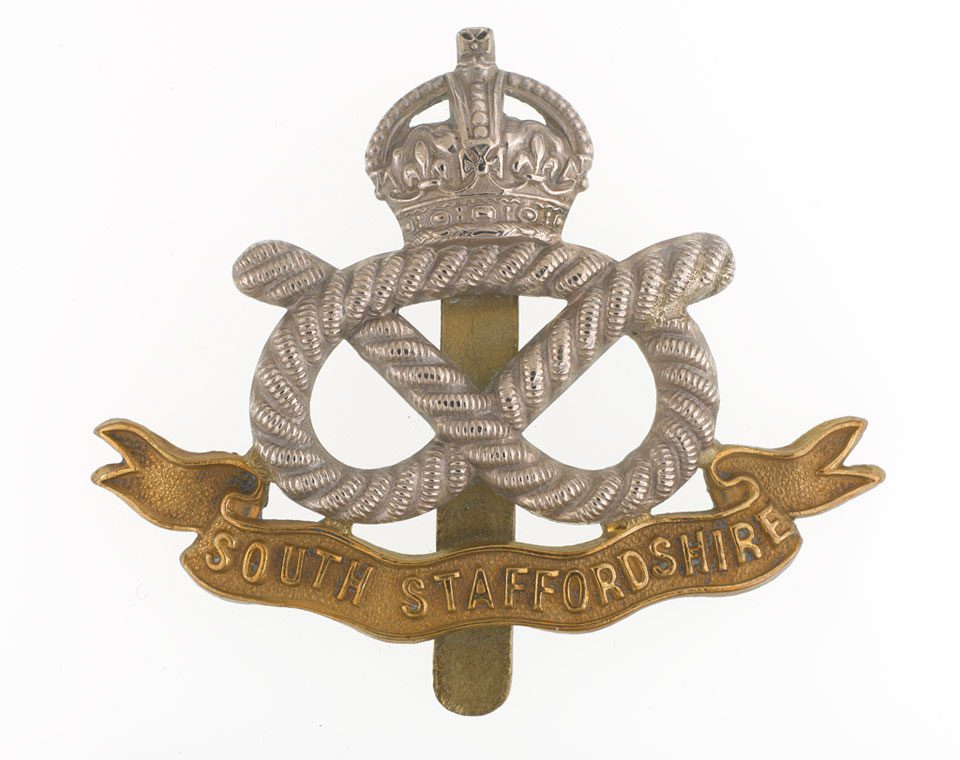 Staffordshire knot surmounted by a monarchial crown, with a scroll bearing the regimental title, 'South Staffordshire' below.

The regiment was formed in 1881 by merging the 38th Regiment of Foot and the 80th Regiment of Foot. Both of these regiments had an existing affiliation to Staffordshire, so the new unit became the county regiment for the southern half of that county.

Lieutenant John Silvester Colbourne was commissioned from the ranks on 31 October 1917. He served on the Western Front during World War One (1914-1918) until being taken prisoner on 21 March 1918. Colbourne was invalided from the service on 8 March 1920.