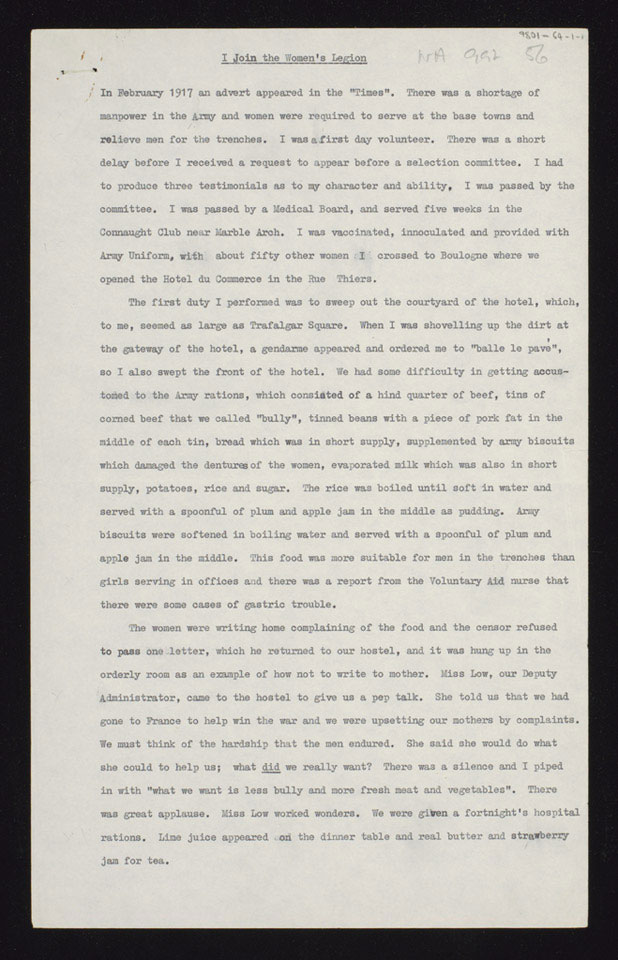 In February 1917 she saw an advert in 'The Times' regarding the need for women to join the Women's Legion and free men for front line service. After initial training at the Connaught Club, London, she proceeded to Boulogne and the Hotel Commerce in Rue Thiers. Her memoir mentions eating poor army rations. She later joined the Women's Army Auxiliary Corps under Helen Gwynne-Vaughan as a Hostel Forewoman.

Gummersall commanded new draft of women and worked with the Portuguese and Chinese Pioneer Corps. she also offer recollections of concert entertainment, tea and petite fours.