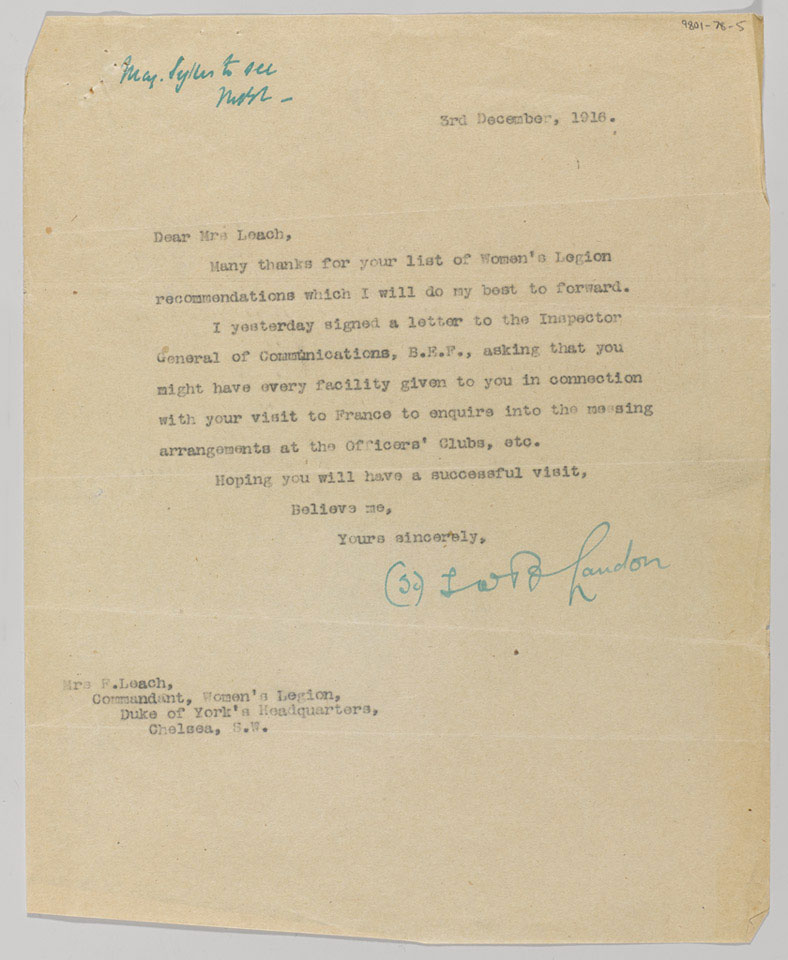 From a collection of letters and telegrams regarding Florence Leach's (Controller of Cooks in the Women's Legion) visit to Officer's Clubs in France, November-December 1916.