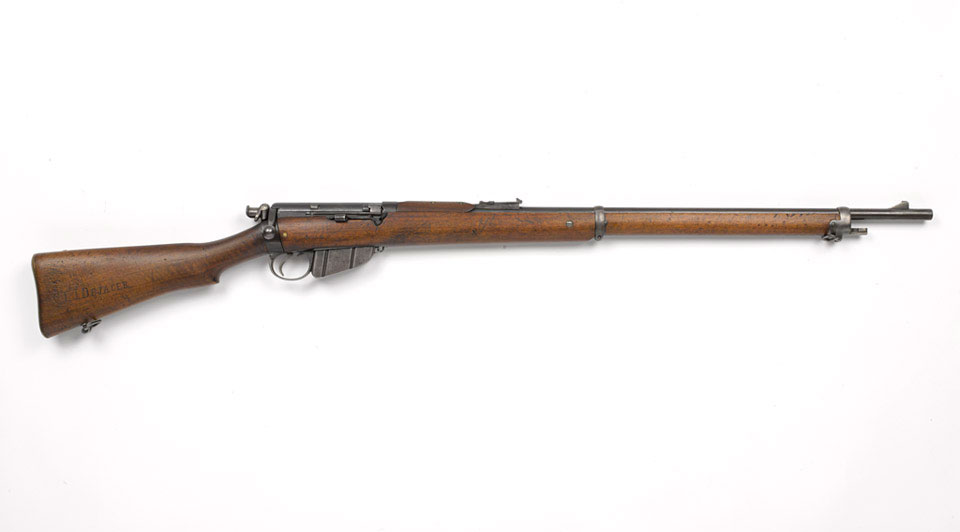 Made by London Small Arms Company.

By the time the Boer War (1899-1902) reached its guerilla phase the Boer commandos were running desperately short of ammunition for their Mauser weapons. As they had captured many Lee-Metford and Lee-Enfield weapons the burghers began using them in greater numbers. They were familiar with Lee-Metford rifles, many commercial models of which had been imported into South Africa before the War. They obtained ammunition either by capturing it from supply wagons or by following British columns and picking up the ammunition which they dropped. This rifle, captured by the Boers, bears the carved decoration frequently found on their firearms.