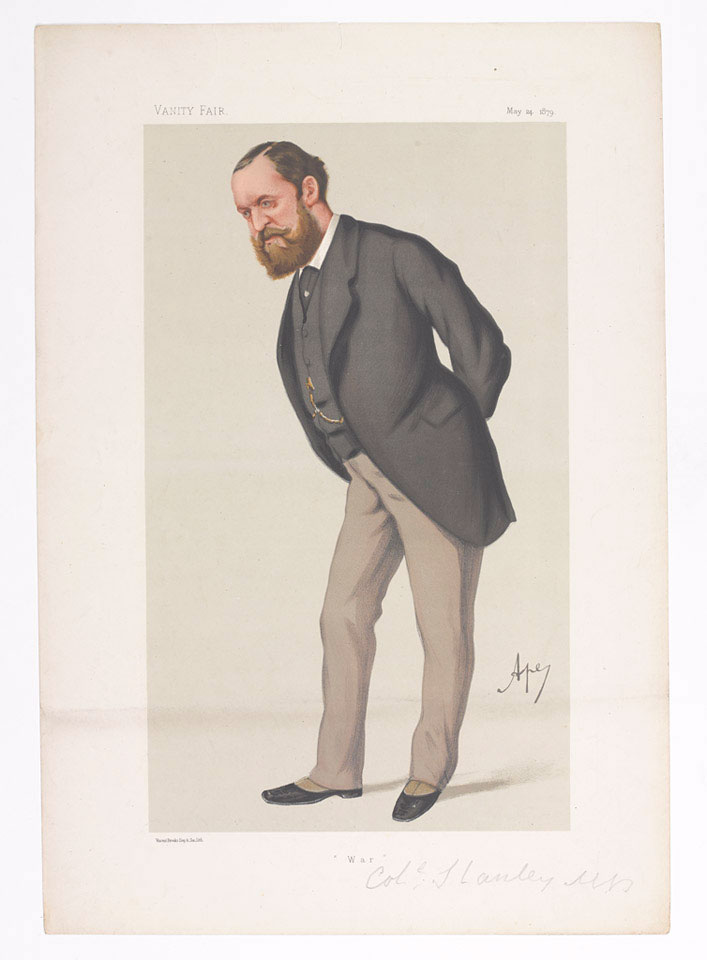 Chromolithograph by Vincent Brooks Day and Son after Carlo Pellegrini ('Ape'). Published by 'Vanity Fair', 24 May 1879.

Stanley served as a captain in the Grenadier Guards before pursuing a career in politics. He was Secretary of State for War at the time of this portrait. Stanley's connections with the military continued with his part-time service with the Royal Lancashire Militia. He became Honorary Colonel of the King's Own (Royal Lancaster Regiment) in 1886.