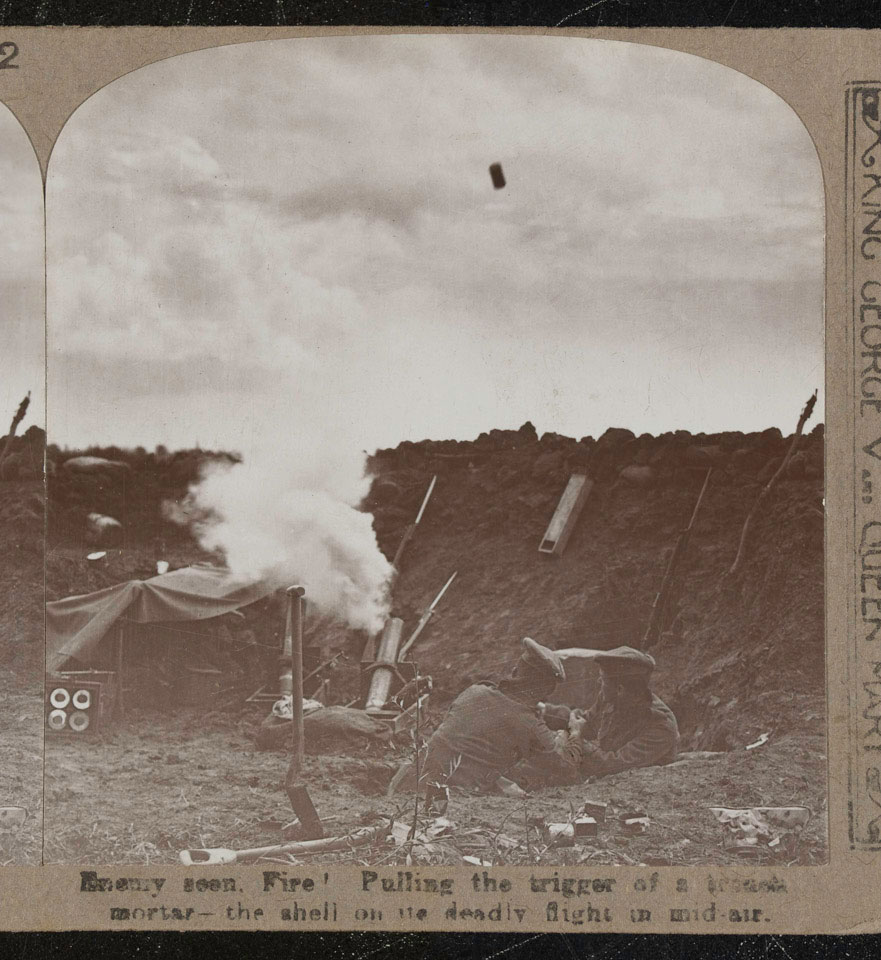 'Enemy seen. Fire! Pulling the trigger of a trench mortar - the shell on the deadly flight in mid-air', 1915 (c)

Soldiers of the Seaforth Highlanders (Ross-shire Buffs, The Duke of Albany's) fire a trench mortar. Periscopes are positioned to view no-man's-land and enemy positions beyond in relative safety. As well as two trench mortars, rifles with fixed bayonets are close to hand.

Stereographs consist of two identical photographs paired in such a way that when seen through a special viewing instrument, a stereoscope, they appear as a three-dimensional images. The photographs were mounted on thick card that was given a slight curvature to increase the illusion of depth.