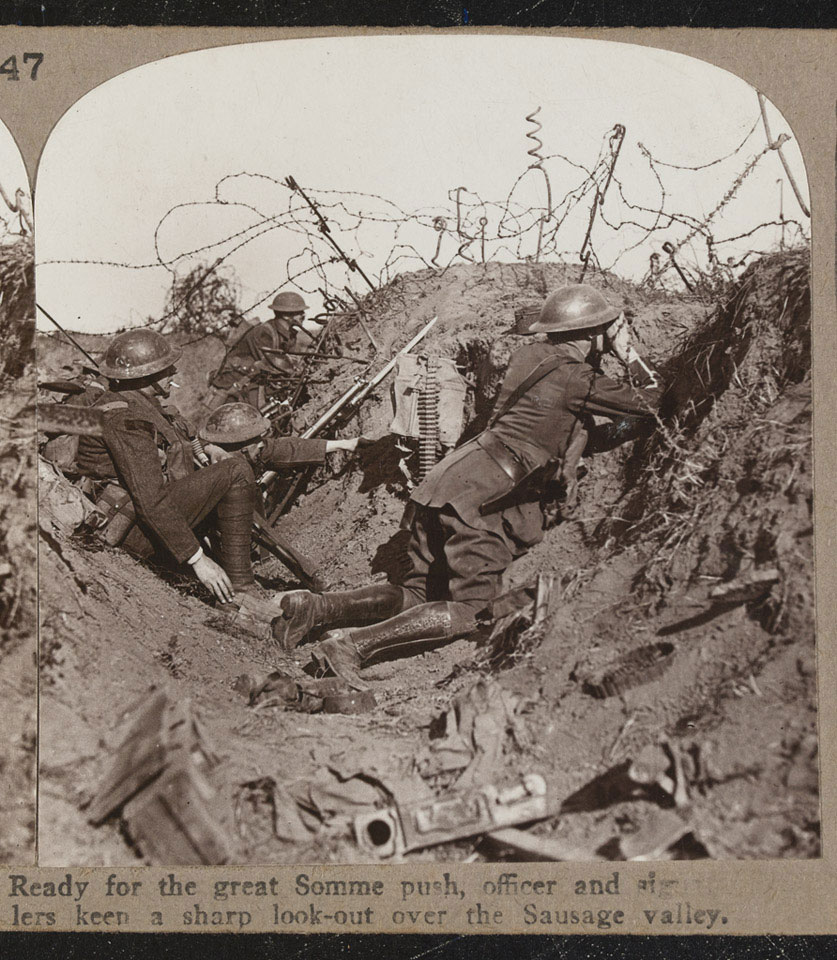 'Ready for the great Somme push, officer and signallers keep a sharp look-out over the Sausage valley', 1916

Sausage Valley was located near Contalmaison. During the Battle of the Somme in 1916 it was one of the main routes to the front line. It is said to have been named after a German observation balloon, known as a 'sausage', that was visible at the head of the valley.