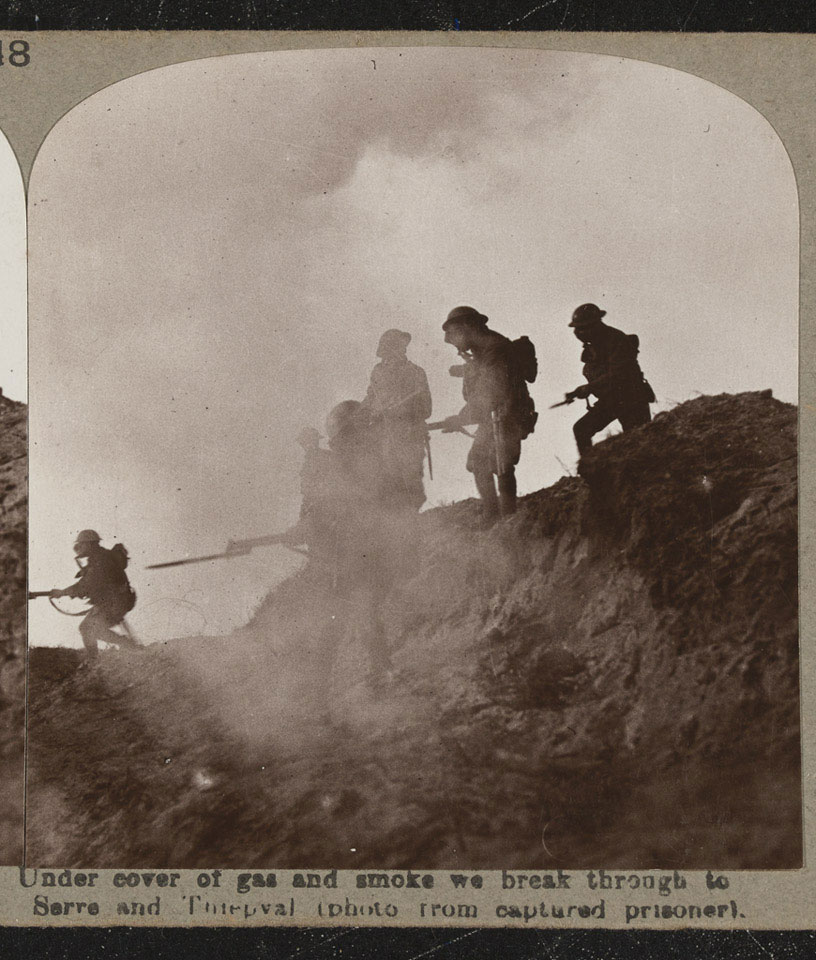 'Under cover of gas and smoke we break through to Serre and Thiepval', 1916 (c)

Stereoscopic photograph, World War One, Western Front, 1916 (c). Stereographs consist of two identical photographs paired in such a way that when seen through a special viewing instrument, a stereoscope, they appear as a three-dimensional images.

he Germans first used gas against the French during the capture of Neuve Chapelle in October 1914 when they fired shells containing a chemical irritant that caused violent fits of sneezing. In March 1915 they used a form of tear gas against the French at Nieuport, and the following month chlorine gas against the Canadians at Ypres. These early experiments were but a small taste of things to come and as the war progressed all sides developed ever more lethal gases including phosgene and mustard gas.