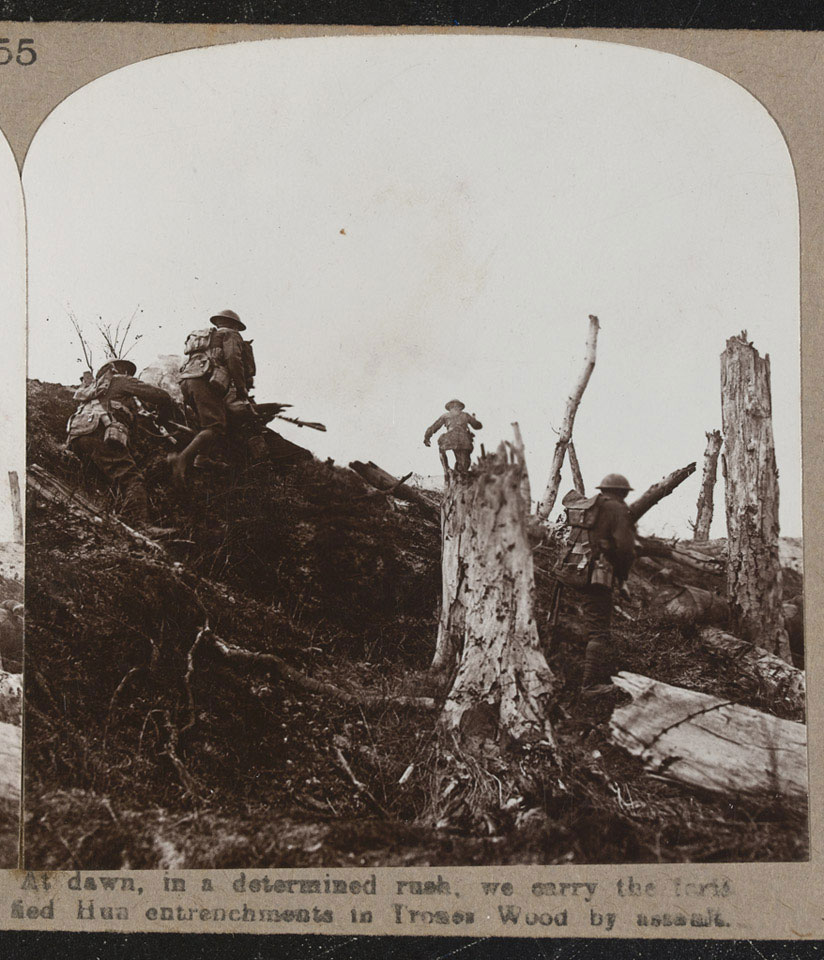 'At dawn, in a determined rush, we carry the fortified Hun entrenchments in Trones Wood by assault', 1916

The Allies hoped to capture Trones Wood, located to the south east of Longueval, during the opening phase of the Somme offensive. The attack on the wood began on 8 July 1916, but it was not until 14-15 July that the British 14th and 18th Divisions succeeded in taking it after a protracted fight. Their eventual success allowed the 9th Division to push on to Longueval itself.