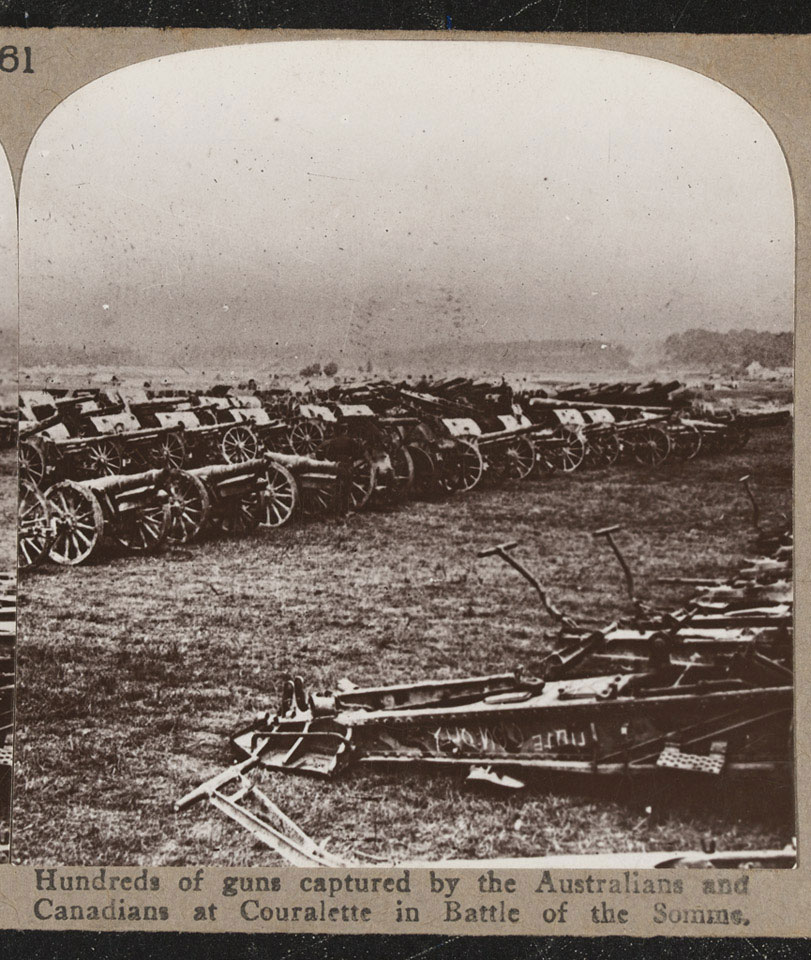 Artillery captured by the Australians and Canadians at Courcelette in Battle of the Somme, 1916

On 15 September 1916 six Commonwealth divisions were involved in the attack at Flers-Courcelette, an operation that saw tanks deployed for the first time. They would lead the assault, destroying strong-points and allow the infantry behind to push on and secure their objectives.

When the attack commenced, only 15 were able to move into no-mans land. These machines made a great impact on the Bavarian troops facing them, many of which were terrified, and a few tanks were able to advance far into the enemy defences. These were gradually reduced in number by breakdowns and enemy action. Flers, Courcelette, and a great deal of enemy artillery, were captured, but a total breakthrough eluded the attackers. The operation was called off on 22 September.

From a collection of 100 stereoscopic photographs associated with World War One, Western Front (1914-1918).