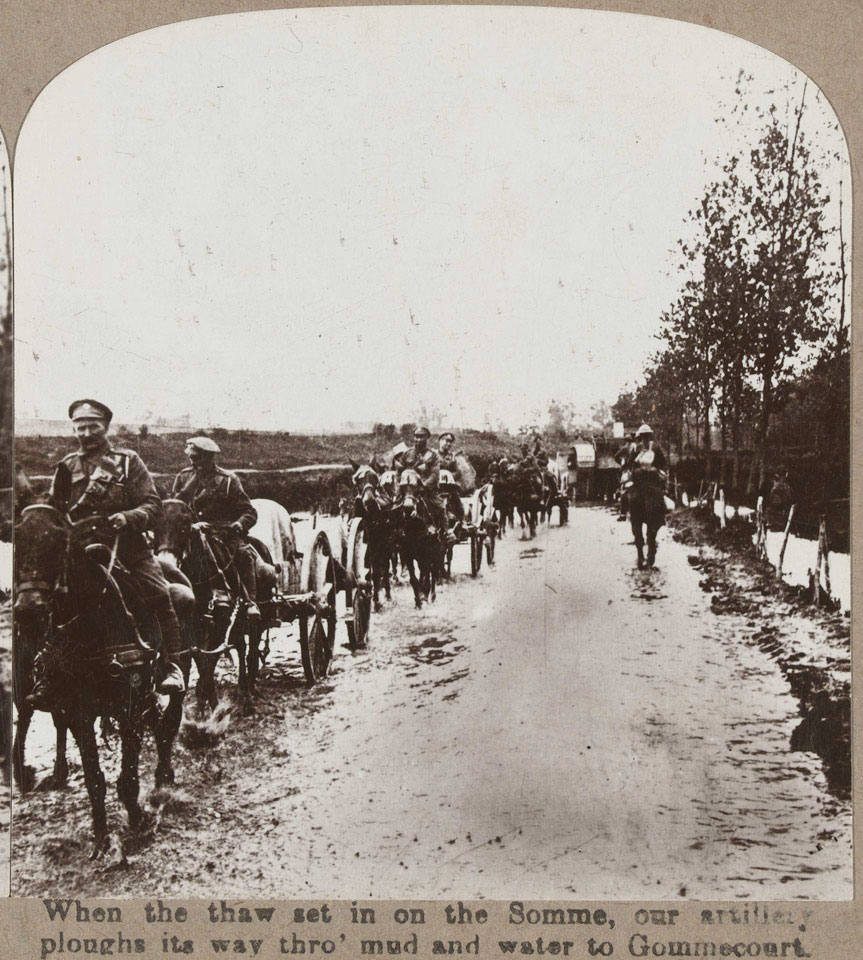 'When the thaw set in on the Somme, our artillery ploughs its way through mud and water to Gommecourt', 1916

During the Battle of the Somme (1916) the British fired over 15 million shells. Of those, some 10 million were fired by 18-pounders. With an experienced crew and in good conditions, the 18-pounder could fire at a remarkable 30 rounds a minute.