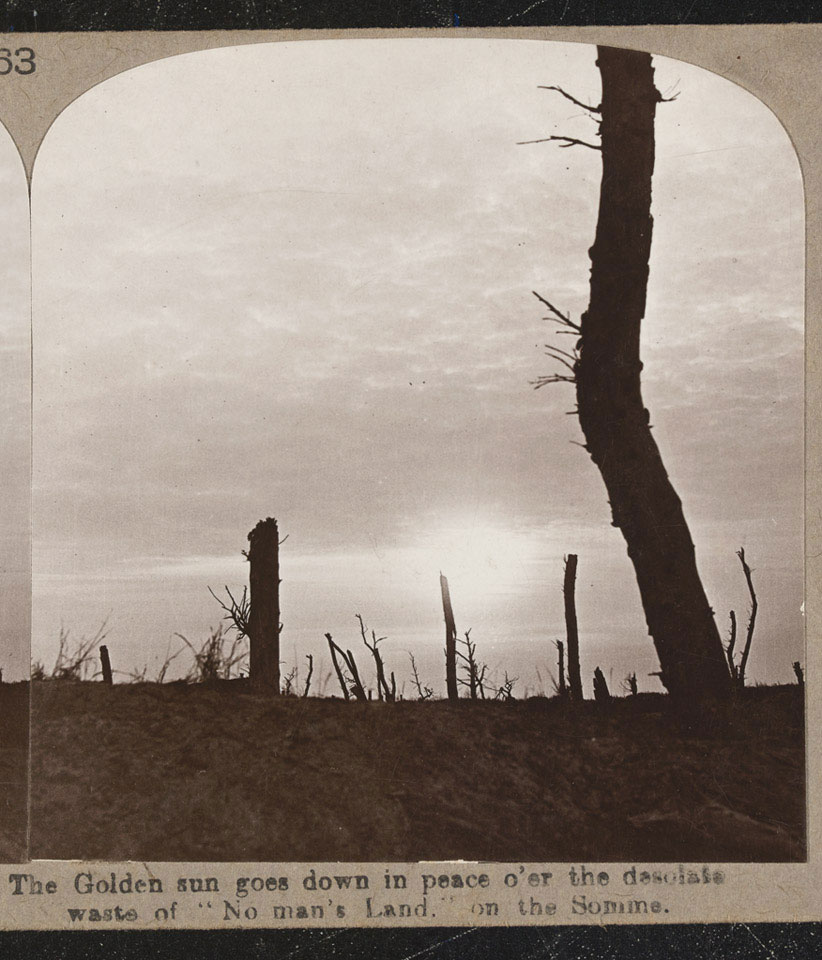 'The golden sun goes down in peace over the desolate waste of 'No Man's Land' on the Somme.' Stereoscopic photograph, 1916 (c)

Stereographs of the First World War were often staged. They consisted of two identical photographs paired in such a way that when seen through a special viewing instrument, they appear as a three-dimensional images.

By 1899 the photographs were mounted on thick card that was given a slight curvature to increase the illusion of depth.