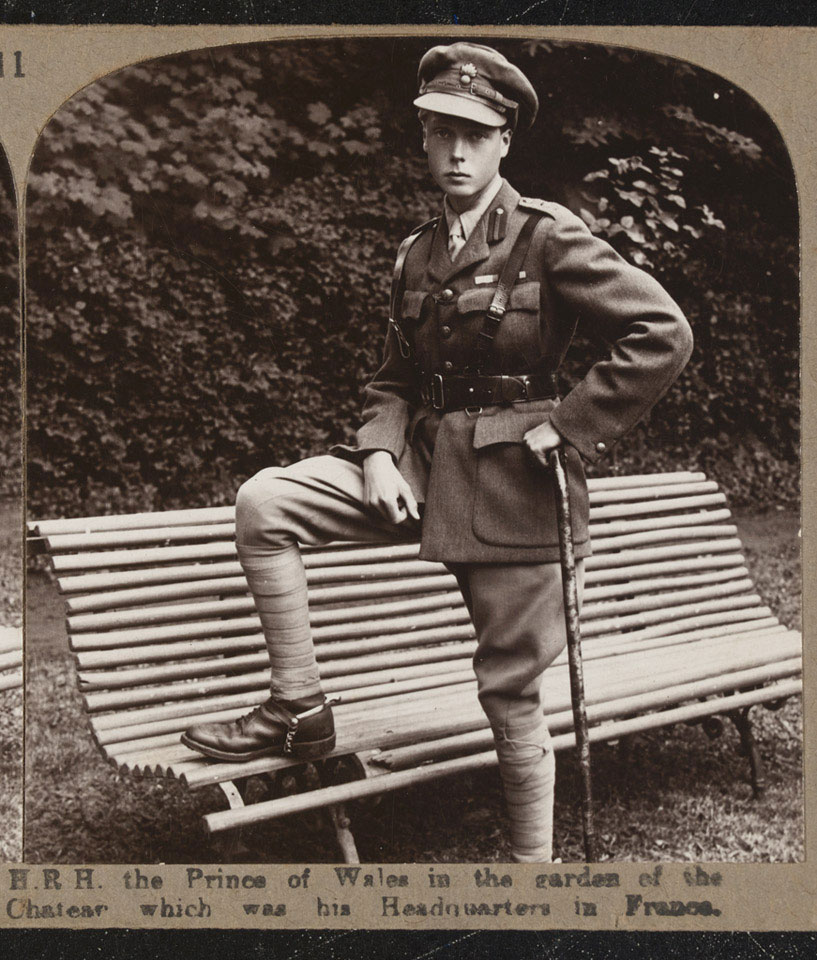 'HRH the Prince of Wales in the Garden of the chateau which was his headquarters in France', 1915 (c)

In August 1914 the Prince (late King Edward VIII) had reached the age for active service. He had joined the Grenadier Guards in June and was willing to serve on the Western Front. The Secretary of State for War, Lord Kitchener, refused to allow it, citing the harm that the capture of the heir to the throne could cause. Despite this, he witnessed trench warfare first hand and often visited the front. This sometimes proved dangerous and on one occasion a shell hit his car and killed the driver, just after the prince had left it to inspect the troops. His role in the war, although more limited than he desired, made him popular amongst soldiers.