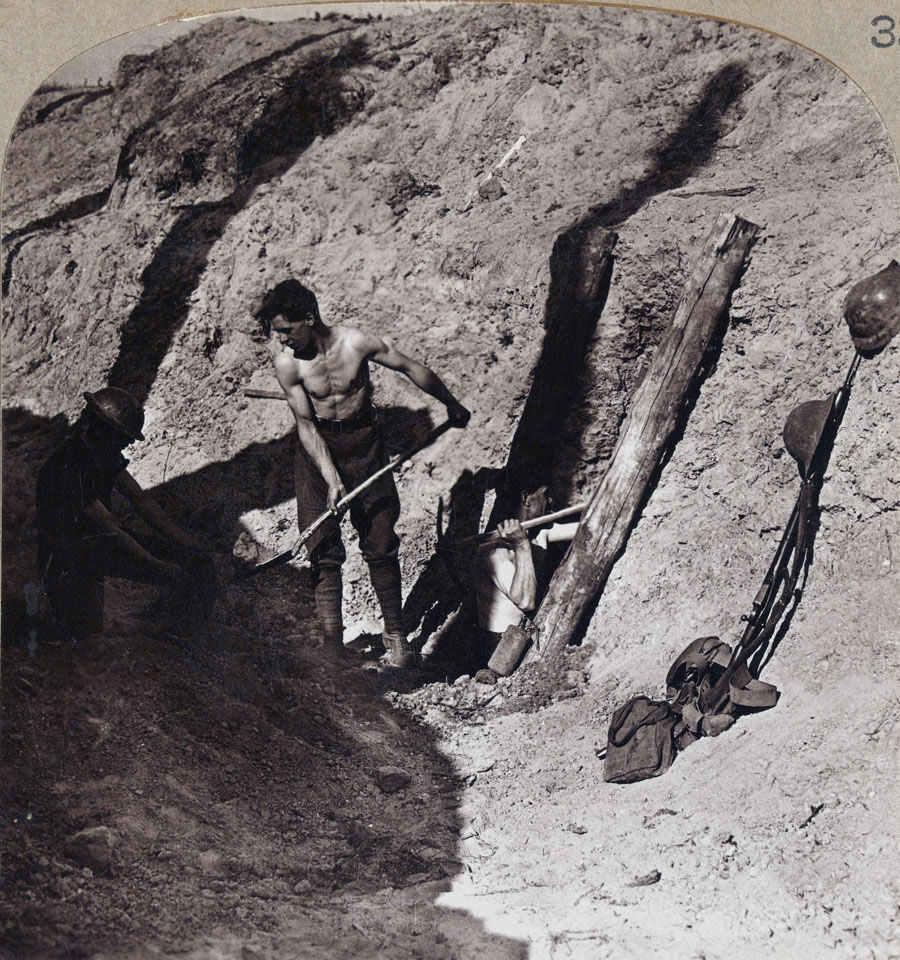 'Sappers and miners at work on a tunnel under Hill 60, overlooking the Ypres salient, blown up April 1915'

Tunneling and mining operations were used to attack enemy positions by tunneling underneath them and then destroying them with explosive mines. Much of the tunneling on the Western Front was done by special Royal Engineers units formed from Welsh and Durham miners.