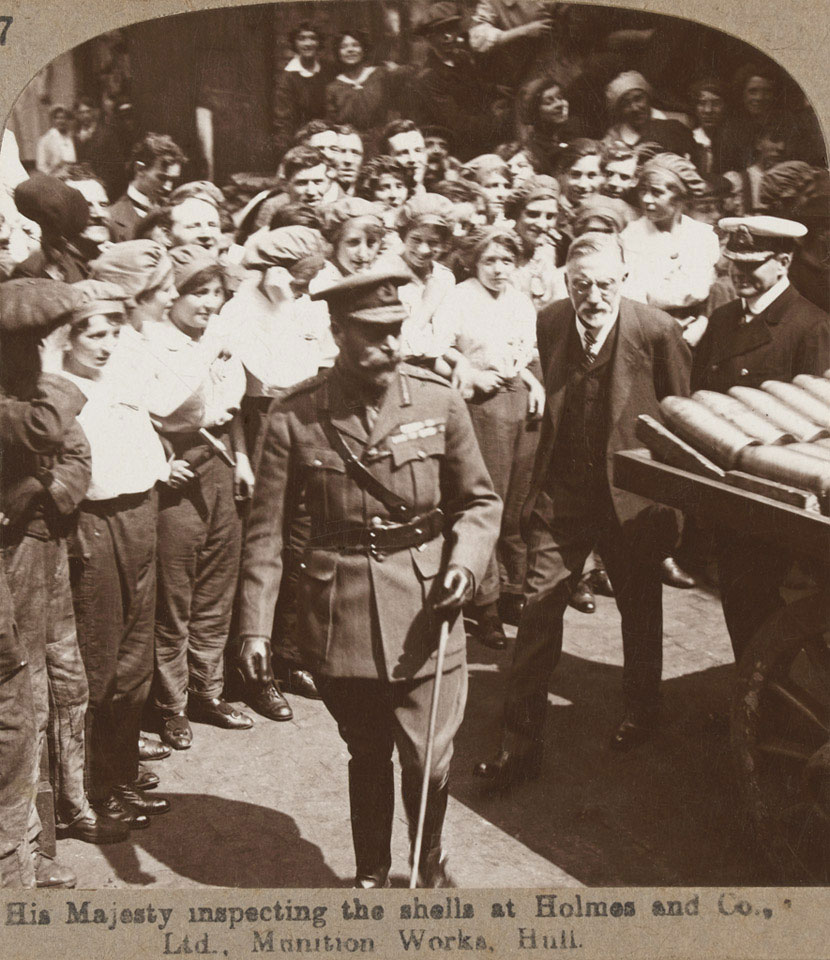 'His Majesty inspecting the shells at Holmes and Company Limited Munition Works, Hull', 1915

W C Holmes and Co Ltd was one of several Hull factories modified for munitions production following Lloyd George's appointment as Minister of Munitions. The creation of this new post was a recognition that the whole economy would have to be geared for total war if the Allies were to prevail. Annual national shell production grew from 500,000 in 1914 to 76 million in 1917.