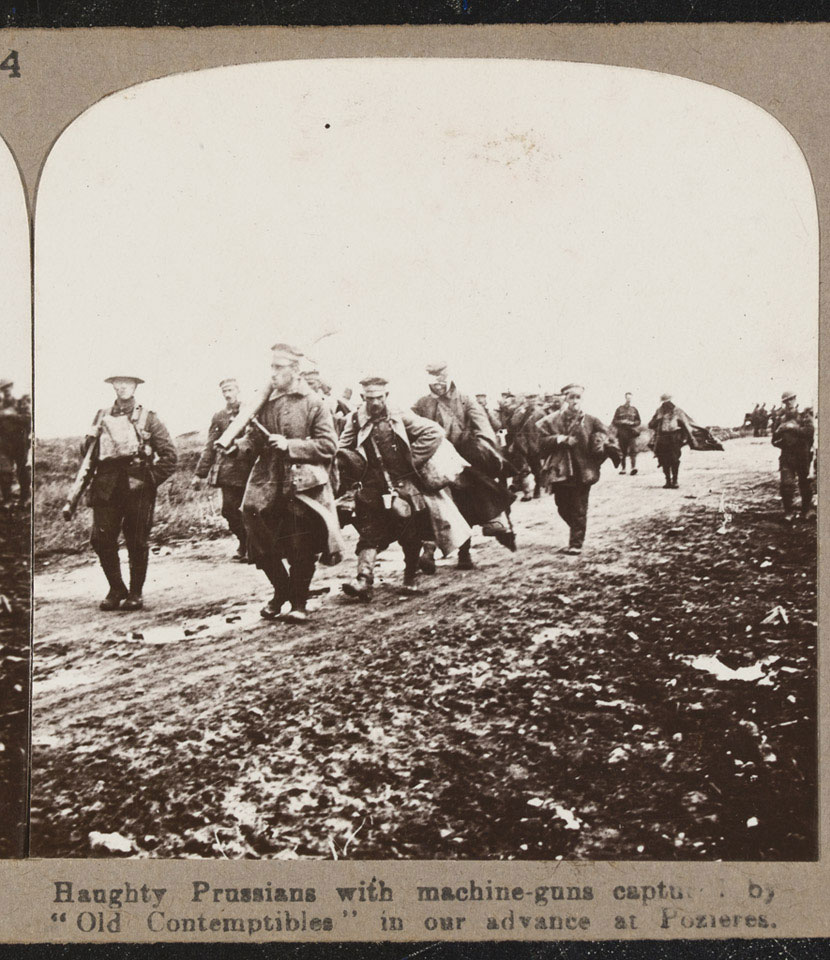 'Haughty Prussians with machine guns captured by "Old Contemptibles" in our advance at Pozieres', 1916