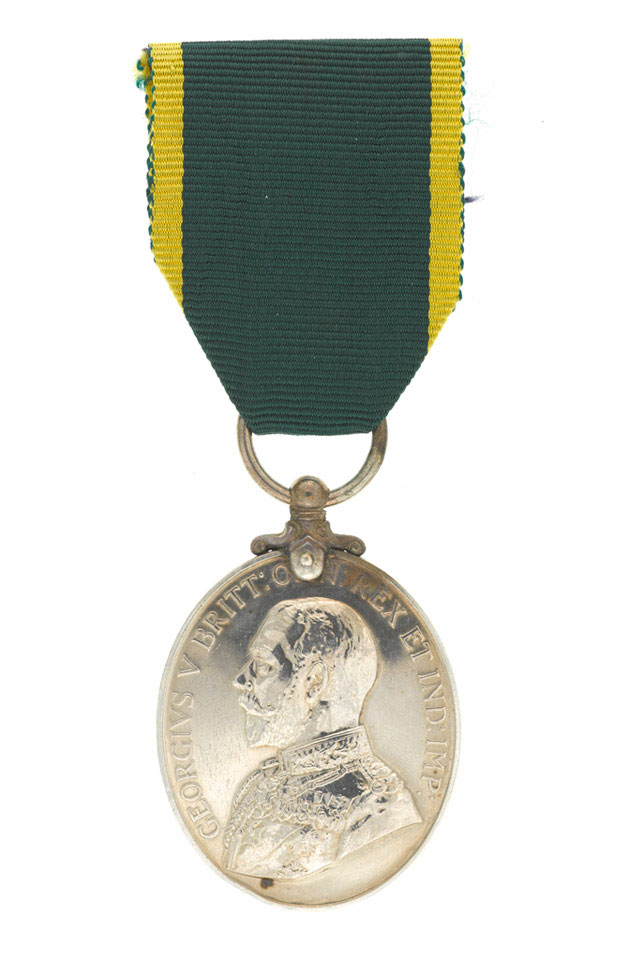 Oval silver medal with a portrait of King George V on the obverse and the name of the award on the reverse. Dark green ribbon with yellow edges.

The Territorial Efficiency Medal was awarded to non-commissioned officers between 1921 and 1930, for long service in the Territorial Army.

Leney, who served with The Buffs (East Kent Regiment) during World War One, was also awarded the 1914-15 Star, the British War Medal 1914-20 and the Allied Victory Medal 1914-19. His medal group also includes the Defence Medal 1939-45 for service during World War Two.