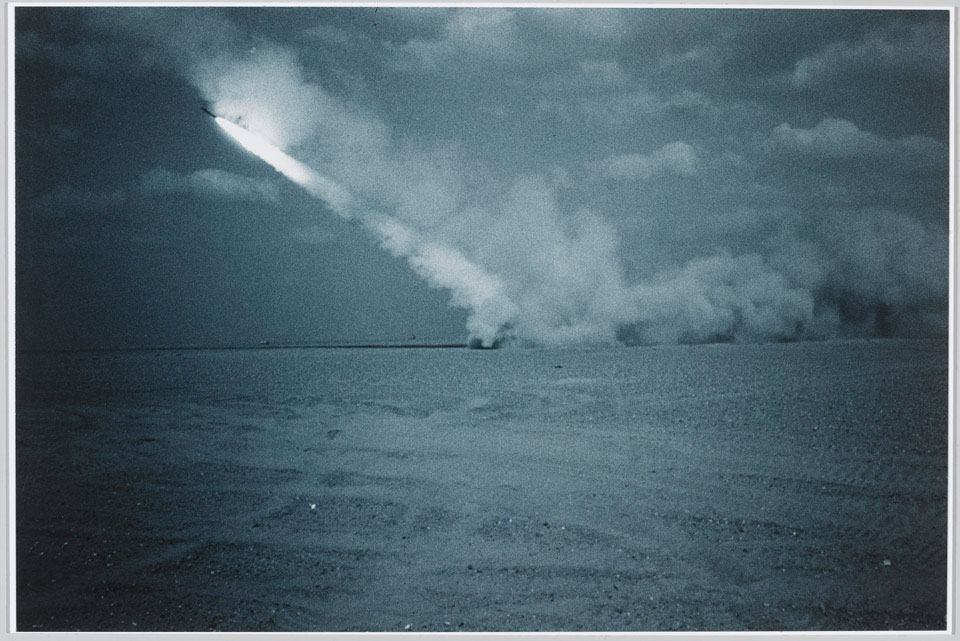 Unlike traditional artillery, the mobile MLRS vehicles can fire their rockets and then move away to avoid counter-battery fire.

One of 29 black and white photographs taken by Sergeant David John Miles, Army Photographer, during the Gulf War, 1990-91. Part of a collection of items relating to the service of Sergeant Miles as a photographer in the Gulf and Kosovo.