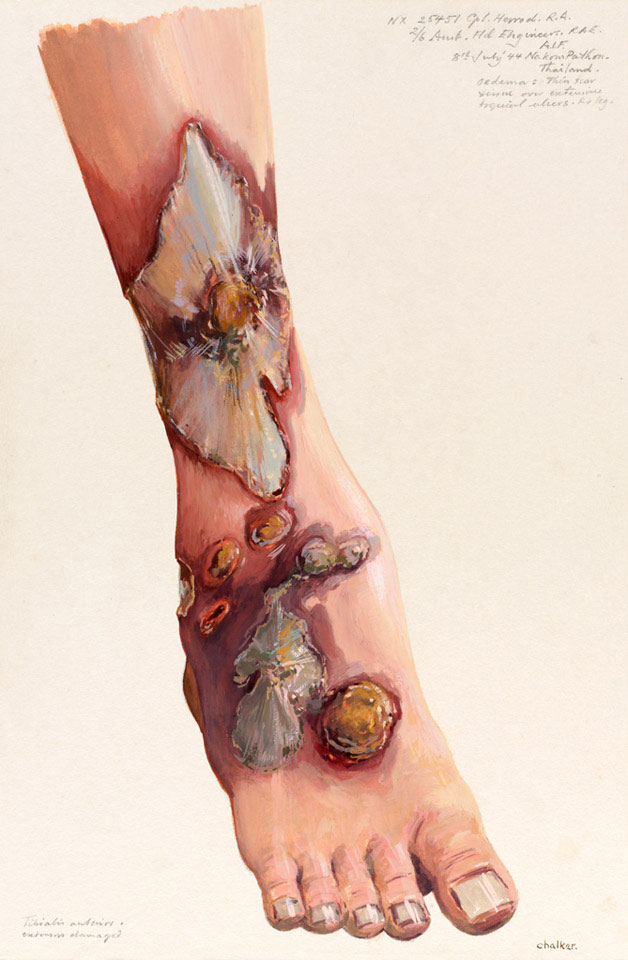 A prisoner of war of the Japanese from 1942-1945, Jack Chalker made a series of visual records of his experiences of the deprivation, disease and torture suffered by the soldiers working on the notorious Thai-Burma Railway. In early 1944, he was invited by an Australian surgeon at Chungkai Base Hospital Camp, Lieutenant Colonel Edward 'Weary' Dunlop, to make sketches of the medical treatment of prisoners. Since the Japanese guards forbade the prisoners from making a record of their incarceration, these sketches were drawn at great personal risk to Chalker. If they were discovered, he would have been beaten or even killed. This study of one lower leg of Corporal Herrod is inscribed with notes recording that he had 'thin, unstable scar tissue awaiting graft'.