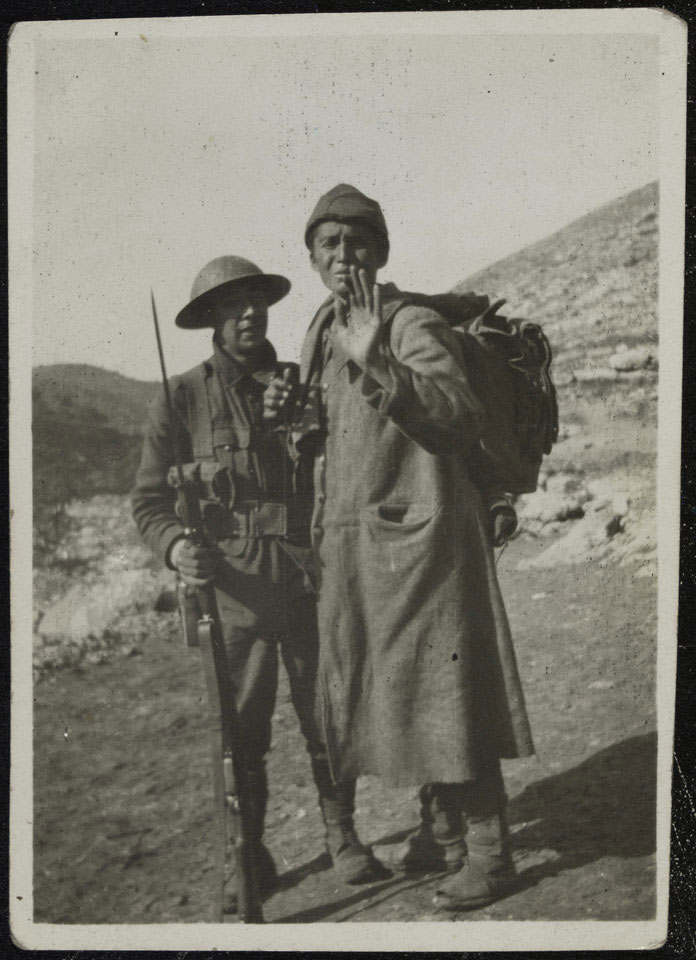 A British soldier with a captured Turkish sniper, 30 December 1917

As they sometimes shot soldiers who posed no direct threat, snipers could be in danger if taken prisoner. While men could accept being killed by shelling or machine gun fire, they disliked the idea of being deliberately targeted by s sniper. Many were shot out of hand.