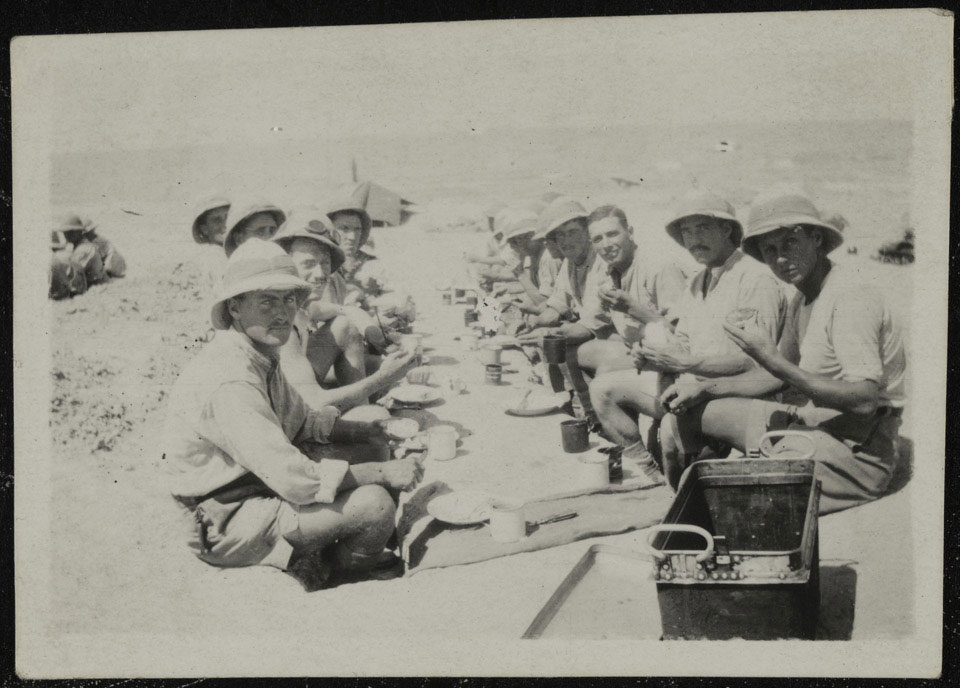 The caption to this image states: 'Mealtime behind the lines at Gaza 09 Oct '17'

General Edmund Allenby's Egyptian Expeditionary Force was reorganised in Spring 1917 to break the stalemate against the Turks in Palestine. In Autumn 1917 they took the offensive with capture of Beersheba on 31 October 1917 and tat the Third Battle of Gaza (1-7 November 1917). Victory turned the Turks out of their defensive positions, and the subsequent advance took the EEF to Jerusalem on 9 December 1917.