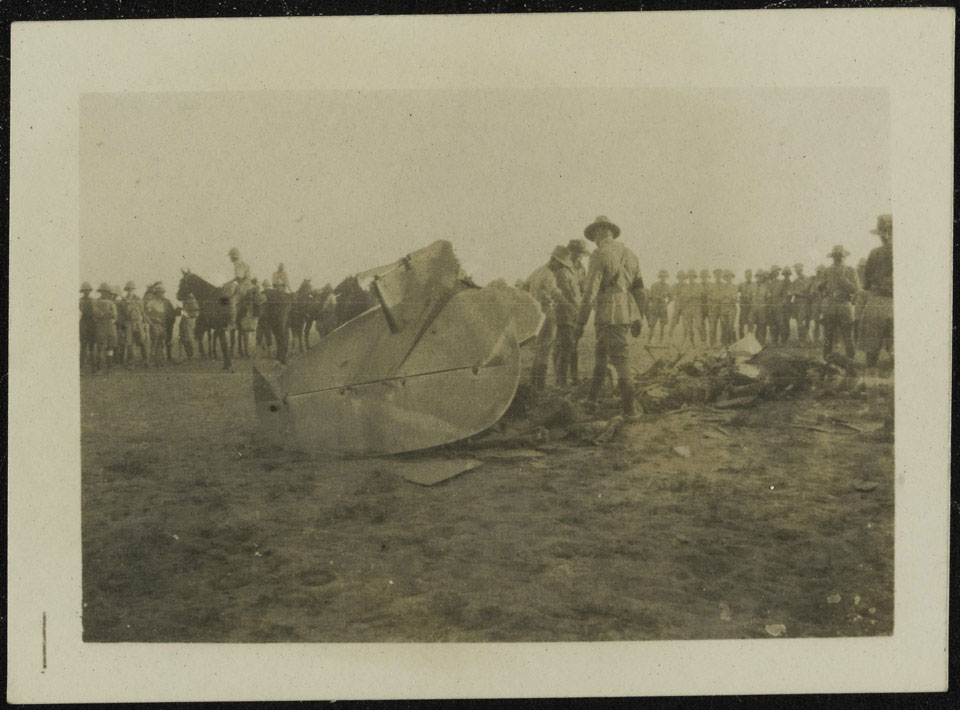 British soldiers examining the wreck of a Turkish aircraft, near Tel-el-Jemmi, Palestine, October 1917