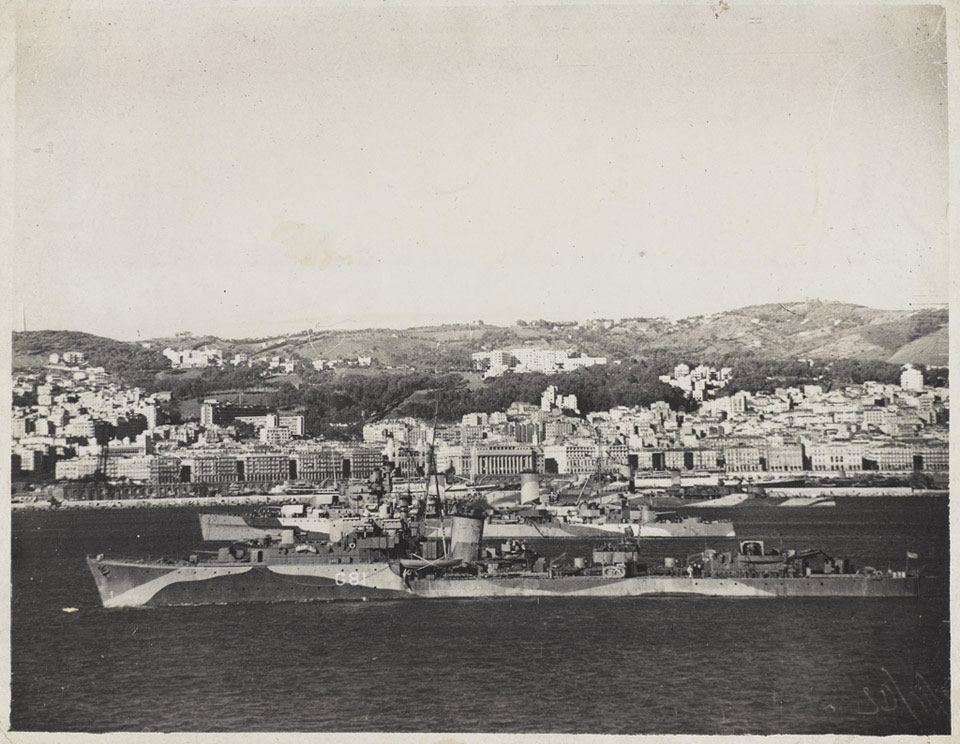 Three British destroyers returning to Algiers to refuel after hunting down enemy convoys in the Mediterranean, 1942

Destroyers were relatively fast multi-purpose warships. As well as attacking enemy convoys with guns and torpedoes, destroyers carried out many other tasks such as hunting torpedo boats and submarines, laying minefields, escorting convoys and providing tactical support to larger more vulnerable vessels like aircraft carriers. Destroyers sometimes operated alone, but more often they were formed into flotillas or squadrons, which would then be assigned a task, such as escorting a convoy or screening a task force.

From a collection of 34 photographs relating to different theatres of World War Two.