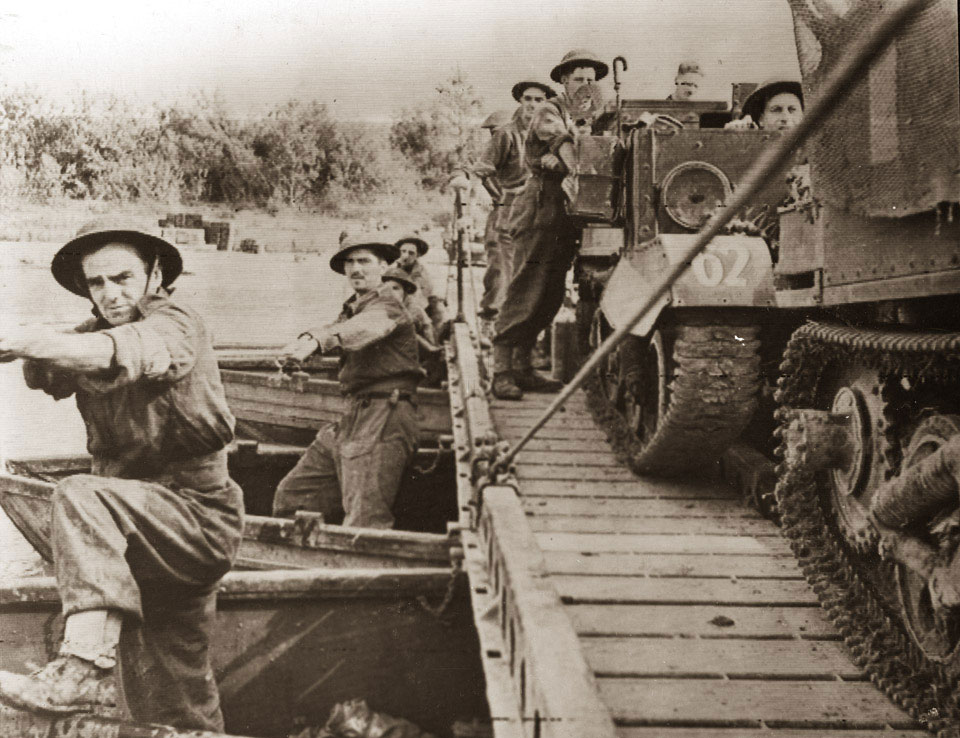 Engineers of the British Army moving across the River Volturno near Castello Volturno, October 1943

Taken during the Fifth Army's assault on the River Volturno in Italy on 13 October 1943, this photograph depicts Royal Engineers using a 'shorelanding desk-craft' which they had built specifically for moving reinforcements, carriers, ammunition and food across the river.