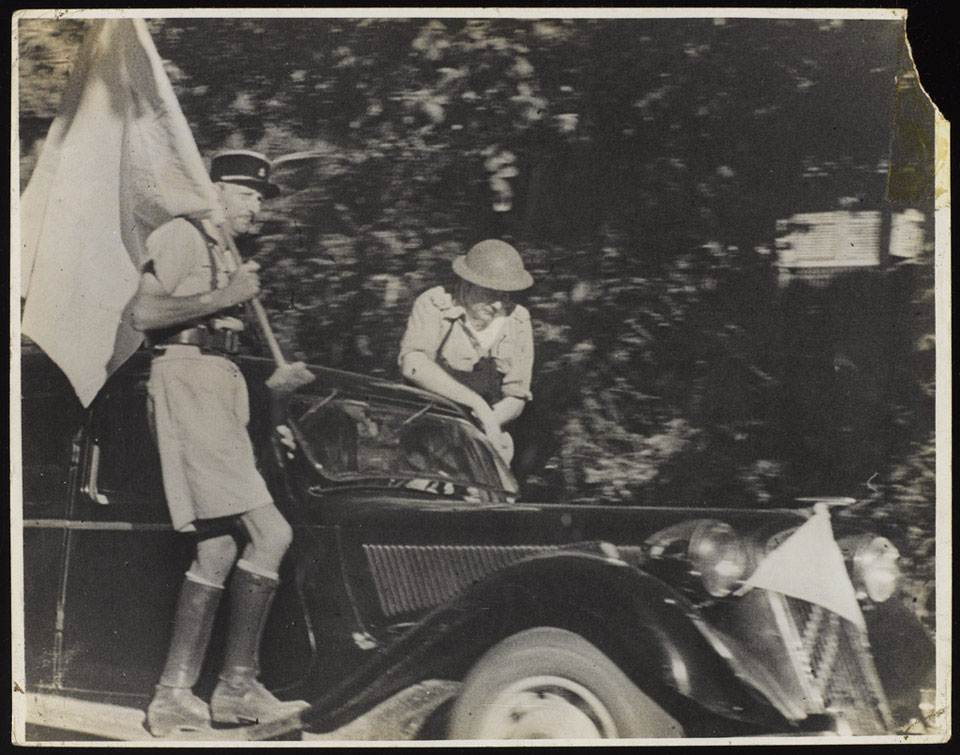 A French officer holding a flag of truce while being driven around the town of Majunga, 10 September 1942

The Allied invasion of Vichy French-controlled Madagascar began on 5 May 1942. It was launched in order to prevent the island being used by Axis naval forces. The 13th, 17th and 29th Infantry Brigades effected widespread landings on the west coast of Madagascar, capturing the ports of Majunga and Morondava in the process. However, fighting continued for several months until all the Vichy forces on the island surrendered.