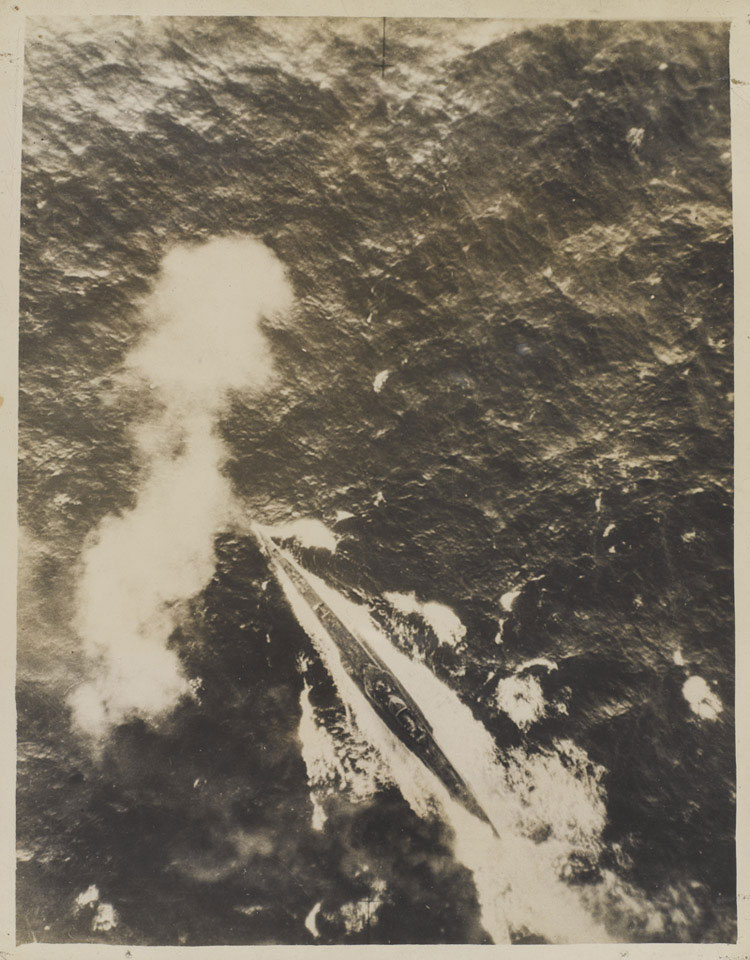 Italian submarine being attacked by aircraft of Coastal Command, in the Bay of Biscay, 1 September 1942

The Italian submarine 'Reginaldo Giuliani' was sailing from Bordeaux and bound for the Far East when she was attacked on the surface by a Short Sunderland flying boat of No. 10 Squadron, Royal Australian Air Force. She escaped after the Sunderland was ordered to continue its anti-shipping patrol. However, the following day the submarine was again attacked, this time by a Wellington of No. 304 Polish Bomber Squadron, Royal Air Force, and was forced to sail to Santander for repairs.