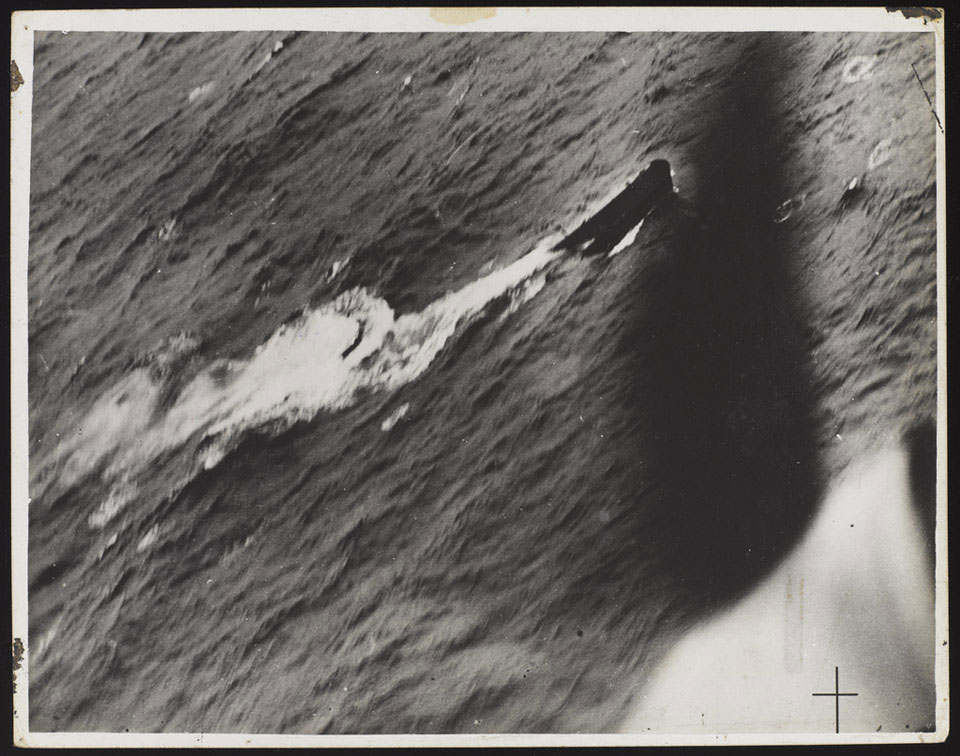 U-boat in the Bay of Biscay being attacked by aircraft of Coastal Command, 17 July 1942

On 17 July 1942 an Armstrong Whitworth Whitley bomber of No. 502 (Ulster) Squadron of RAF Coastal Command attacked and crippled U-751 in the Bay of Biscay. The submarine was unable to dive and was later caught on the surface and sank by a Lancaster bomber from No. 61 Squadron.