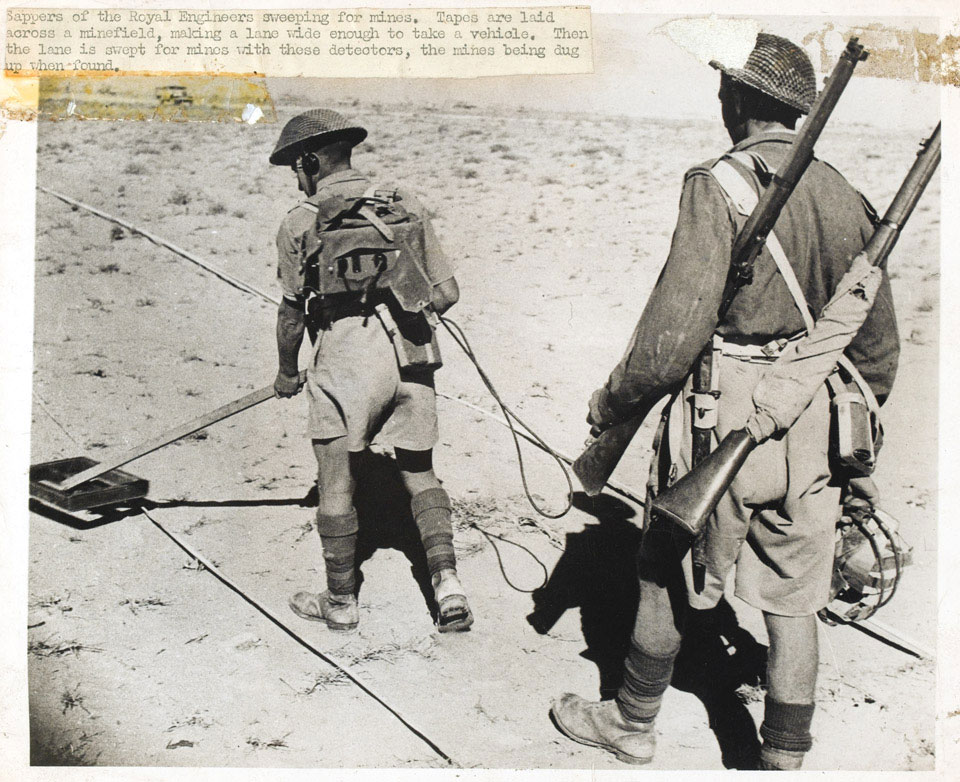 Two sappers sweeping for mines in the aftermath of the 8th Army's attack on Rommel's forces in Egypt, 1942 (c)

Mine detectors were introduced for the purpose of mine clearance from 1942 onwards. The mine clearing teams consisted of six men, comprising a detector operator and assistant, a marking tape layer, a controller and two reserves. The teams could advance at the rate of three metres a minute. By the Second World War land mines had largely replaced barbed wire as the principle defensive military obstacle.