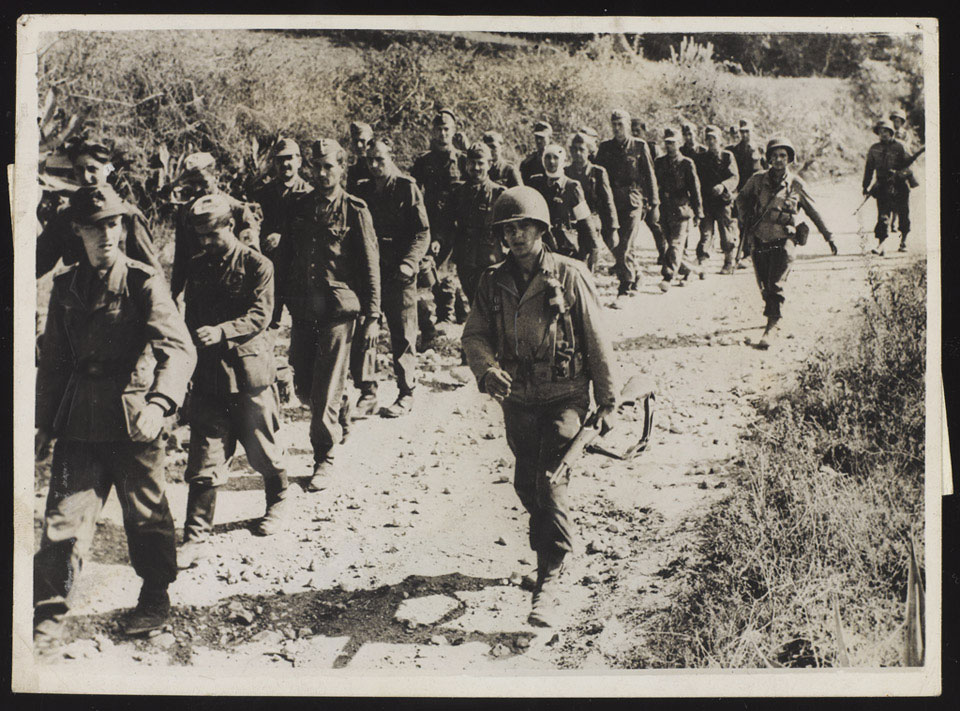 German prisoners being rounded up by United States troops at Caiazzo, Italy, October 1943

The River Volturno in Campania was a line of defence for the Germans as they retreated following the Allied capture of Naples. This photograph was taken in the aftermath of the US Fifth Army's successful assault on the western sector of the river on 13 October 1943. This operation coincided with an attack in the east by elements of the British 8th Army. Both attacks forced the Germans to fall back to their next system of prepared defences on the Barbara Line.