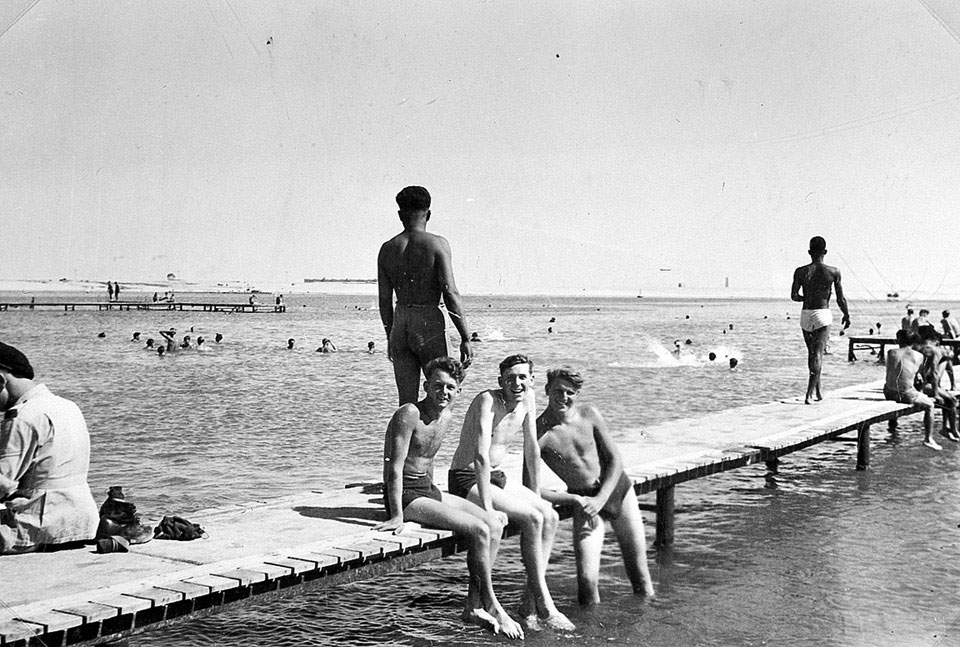 Lake Timsah, also known as Crocodile Lake, is a lake in Egypt on the Nile Delta. It lies in a basin developed along a fault extending from the Mediterranean Sea to the Gulf of Suez. Young National Servicemen stationed in Egypt in the mid-1950s made use of the lake for swimming and sailing during their free time. The dramatic change of climate, landscape and culture made service in Egypt a very significant experience.

National Service was a shock to the system and interrupted the period between school and work for a whole generation of young men. It was a horrible experience for many, but others saw it as a time of great camaraderie. Bonds were formed quickly amongst men from disparate backgrounds thrown together in a strange situation, made stronger by the discipline imposed on them beginning with their basic training. Some of the friendships formed during National Service would last a lifetime.