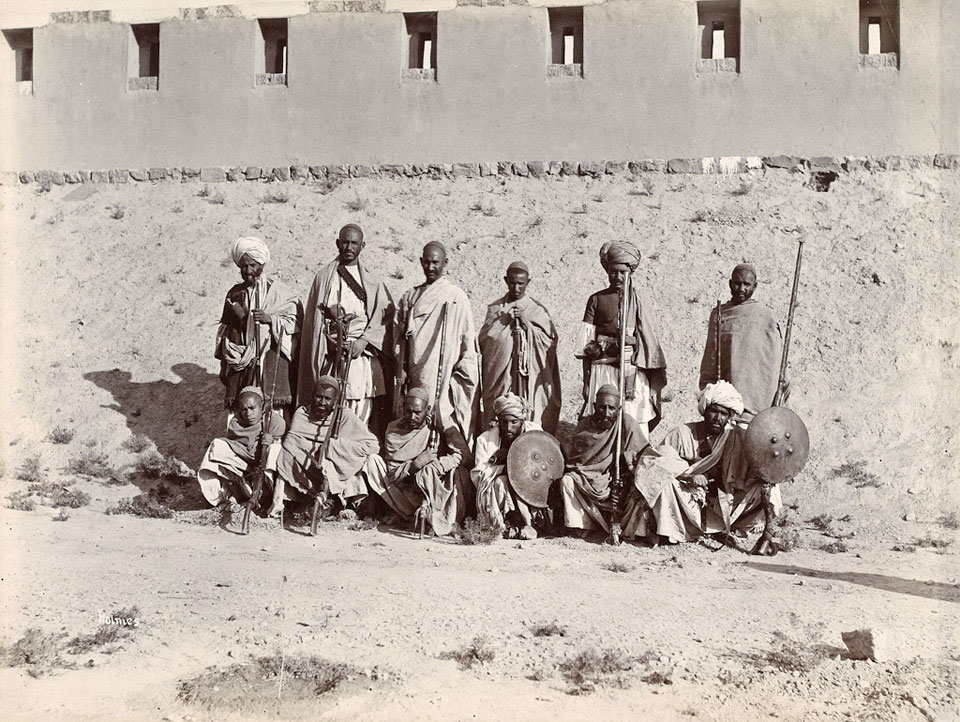 Group portrait of armed men from a khel, or clan, of the North West Frontier of India. They carry shields and are armed with traditional long barrelled jezails, or muskets.