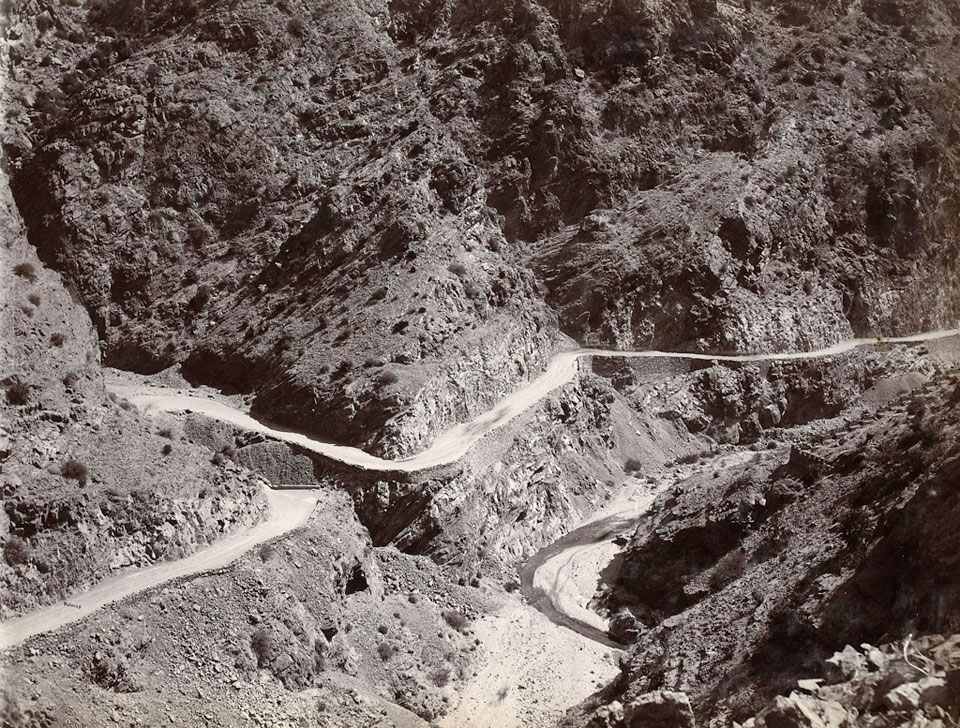 The fort of Ali Masjid sat upon steep cliffs and was located at the centre of the Khyber Pass, protecting its narrowest point. When the British invaded Afghanistan the Peshawar Valley Field Force, led by Lieutenant General Sam Browne, captured the fort on 21 November 1878 in order to secure British control of the Khyber.

From an album of 116 photographs compiled by Lieutenant Hugh Stephenson Turnbull, 57th Wilde's Rifles (Frontier Force) in India and Egypt, 1903-1906.