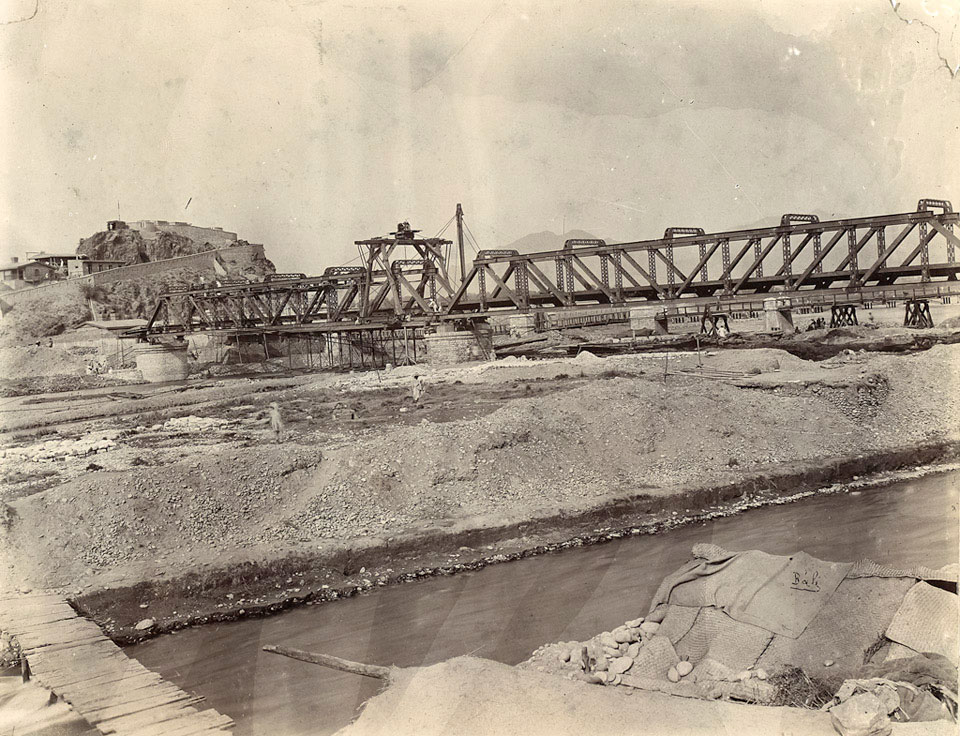 Following the Chitral campaign in 1895 the British fortified Chakdara, now in Khyber Pakhtunkhwa in Pakistan. The position guarded the routes into the Swat Valley and Chitral via the Lowari Pass. The British also constructed a suspension bridge over the Swat River. This photograph shows a new girder bridge under construction at the strategically important site.