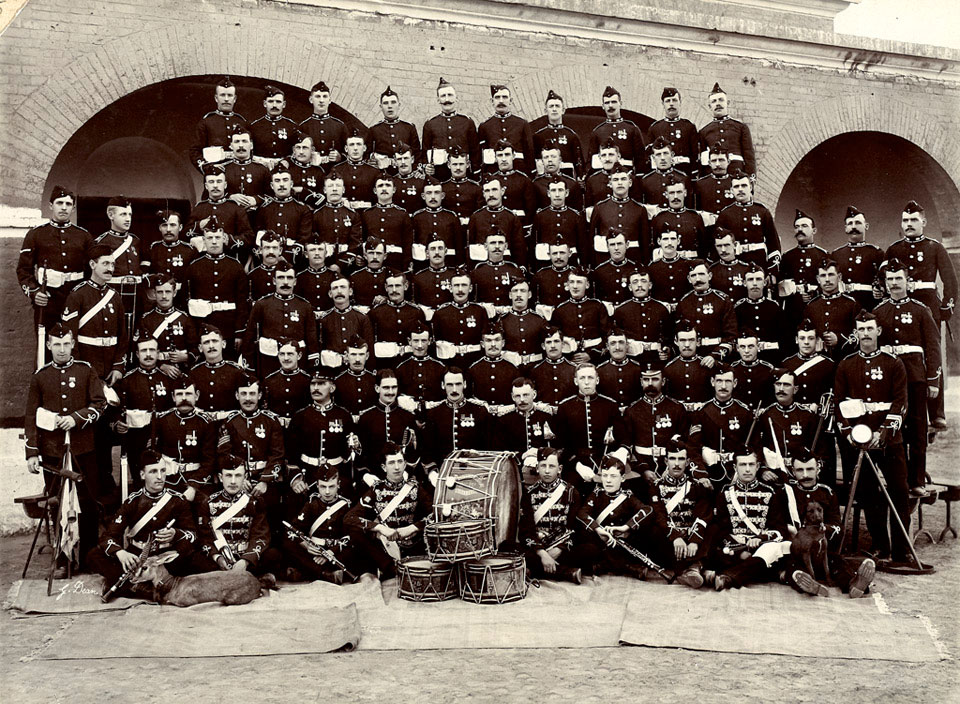 The 2nd Battalion was then garrisoned at Rawalpindi, having arrived in India in 1902. In 1906 the battalion moved to Ferozepore in the Punjab.

From an album of 200 photographs belonging to Major Gilbert Valentine Farrell, 1904 (c)-1908 (c). Gilbert served as 2nd Lieutenant with the 51st Sikhs (Frontier Force) on the North West Frontier.