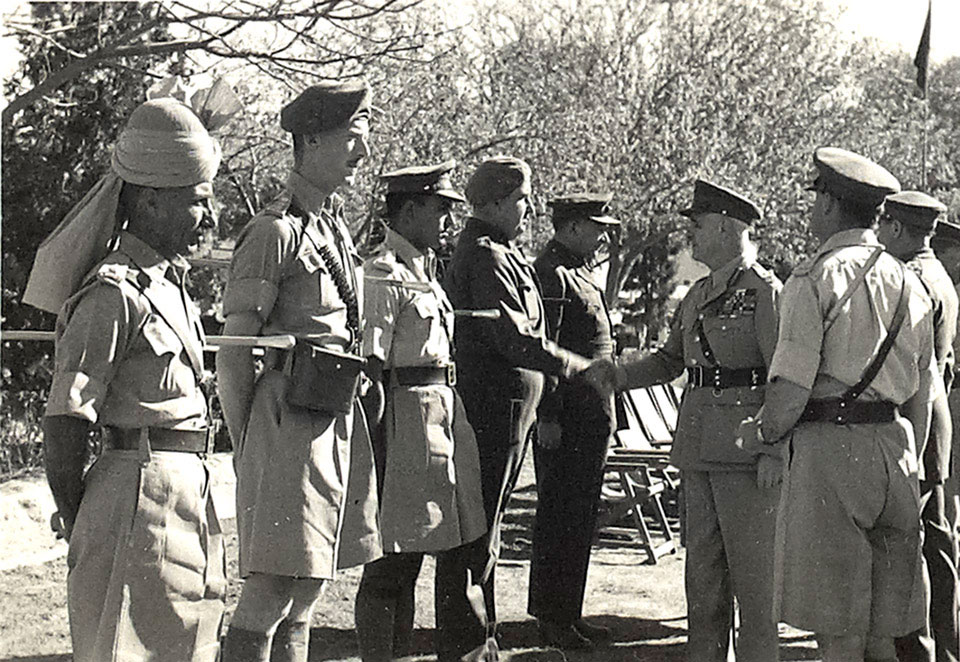 Lord Wavell, the Viceroy of India, chatting to British and native officers of the Khyber Rifles, 1945 (c)

When Pakistan won its independence in 1947 the Rifles became part of the new country's Frontier Corps and continued to police the unruly tribal districts.