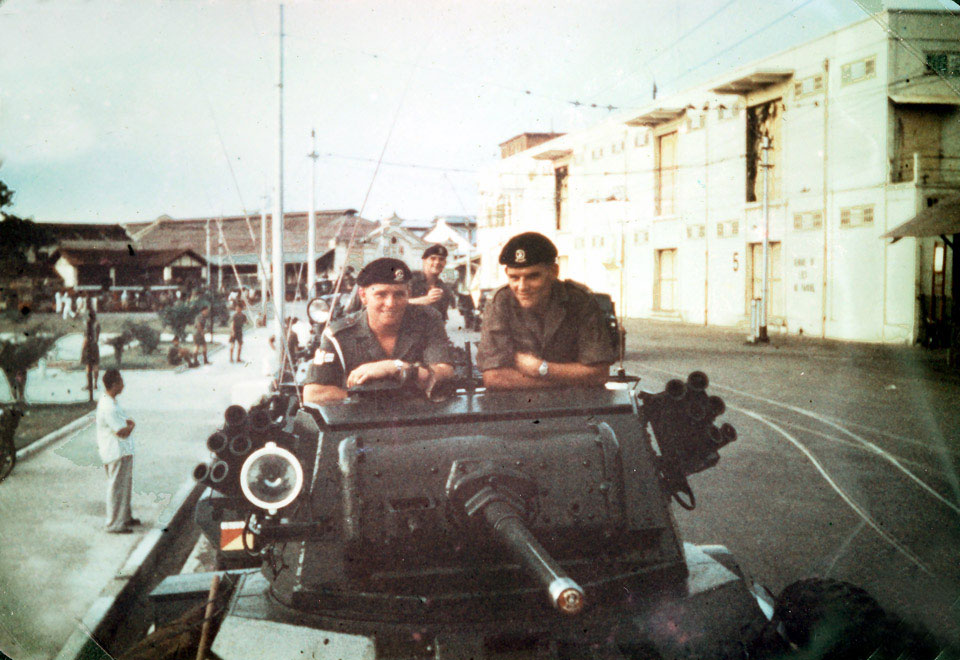 Members of 'A' Squadron 15th/19th Kings Royal Hussars aboard their Daimler armoured cars during the Queen's Birthday Parade in Penang in 1957.

From a CD copy of 78 album photographs taken by L/Cpl R N Eason-Gibson, Royal Electrical and Mechanical Engineers, during his National Service in Malaya, 1955-1957, with 'A' Squadron 15th/19th Kings Royal Hussars.