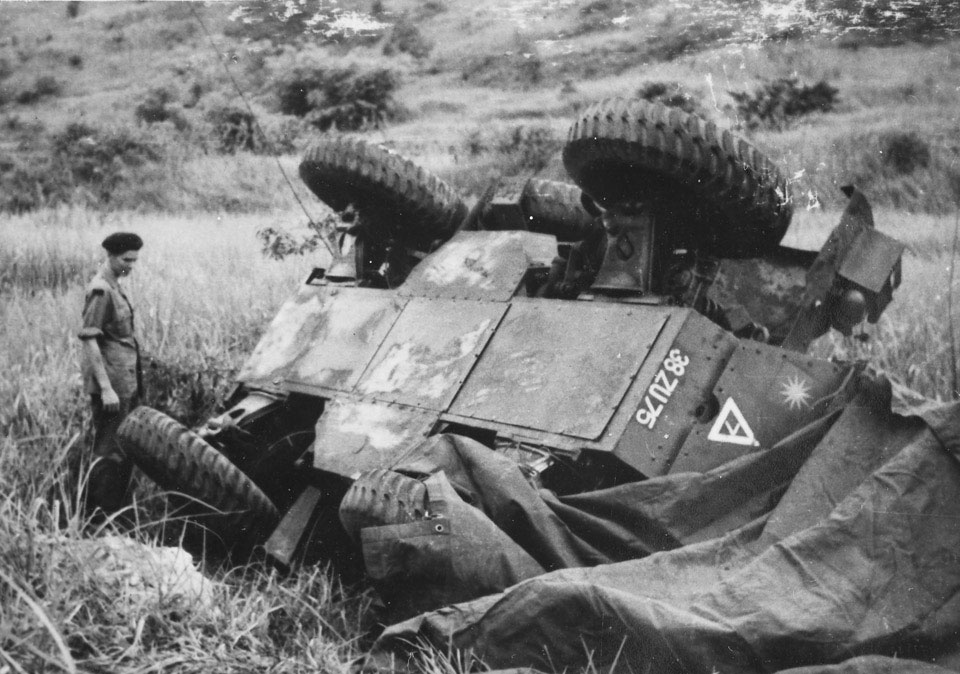 A Royal Electrical and Mechanical Engineers mechanic standing next to an armoured car, Malaya, 25 September 1956

The armoured car left the road during a journey from Taiping to Siput. Trooper Tate of 7th Troop, 'A' Squadron, 15/19th Kings Royal Hussars, was driving when the accident took place.

From a CD of 78 photographs taken by Lance-Corporall R N Eason-Gibson, Royal Electrical and Mechanical Engineers, during his National Service in Malaya, 1955-1957.