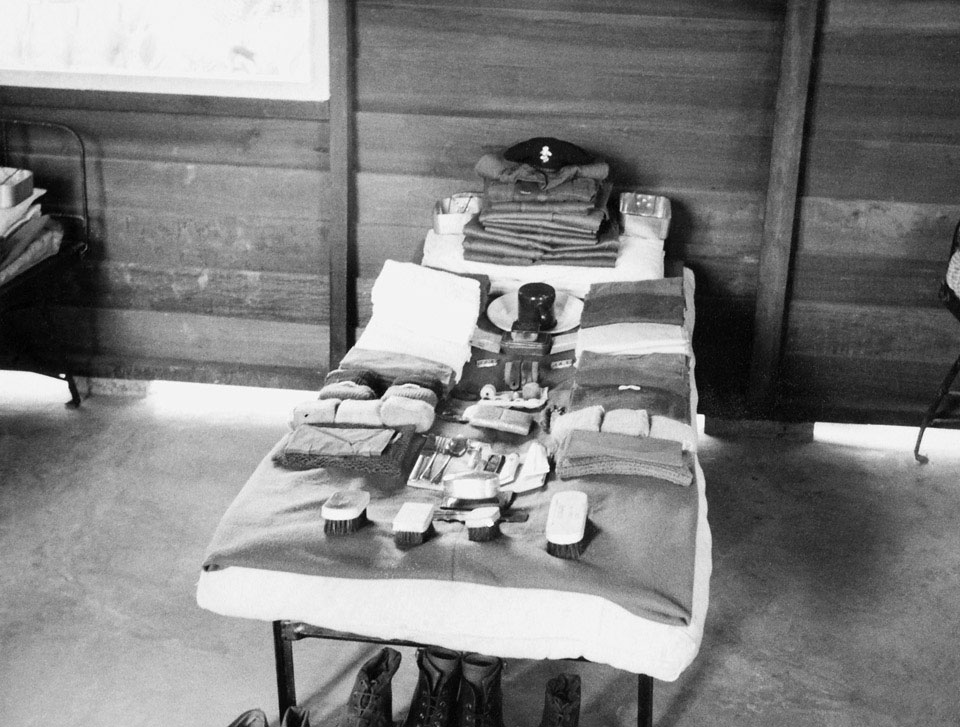 A national serviceman's kit laid out on a barrack bed ready for inspection, 1955

Once enlisted and inside their training camp, national servicemen were quickly introduced to Army life. They were issued with their equipment, uniform (which often did not fit) and boots. Conscripts were knocked into shape by sergeants under pressure to train them in as short a time as possible. Recruits soon began the seemingly endless polishing of kit and equipment. Many regarded this as mindless drill aimed at destroying individuality. However, this strict regime often helped to foster a group identity within the section and brought recruits closer together.