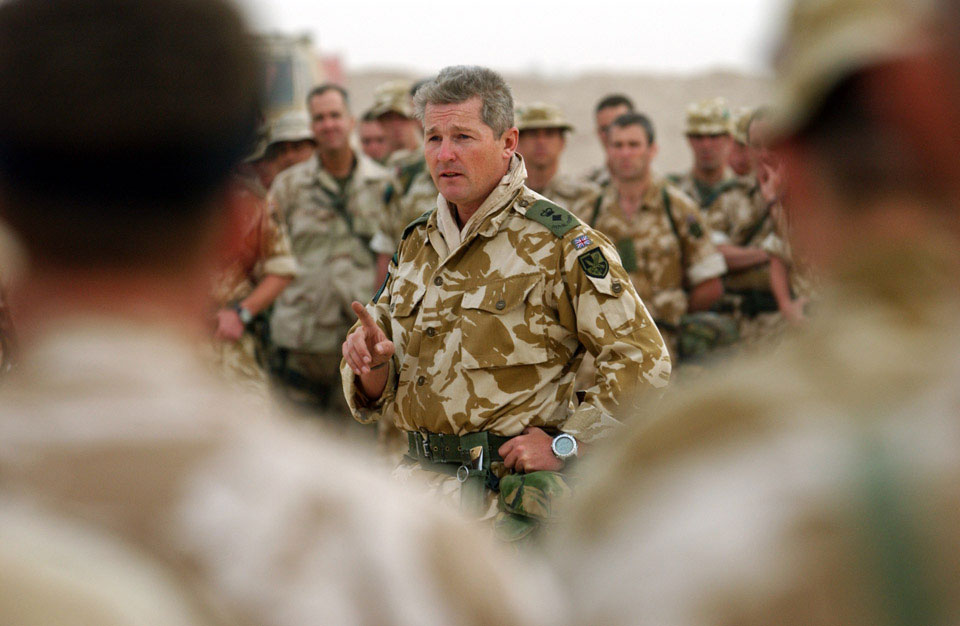 Lieutenant-Colonel Tim Collins commanding officer of the Royal Irish Regiment talks to his troops on the eve of the Coalition forces invasion of Iraq, March 2003

'We go to liberate not to conquer. We will not fly our flags in their country. We are entering Iraq to free a people and the only flag which will be flown in that ancient land is their own. Show respect for them.

There are some who are alive at this moment who will not be alive shortly. Those who do not wish to go on that journey, we will not send. As for the others I expect you to rock their world. Wipe them out if that is what they choose. But if you are ferocious in battle remember to be magnanimous in victory.

Iraq is steeped in history. It is the site of the Garden of Eden, of the Great Flood and the birthplace of Abraham. Tread lightly there. You will see things that no man could pay to see and you will have to go a long way to find a more decent, generous and upright people than the Iraqis.

You will be embarrassed by their hospitality even though they have nothing. Don't treat them as refugees for they are in their own country. Their children will be poor, in years to come they will know that the light of liberation in their lives was brought by you.'