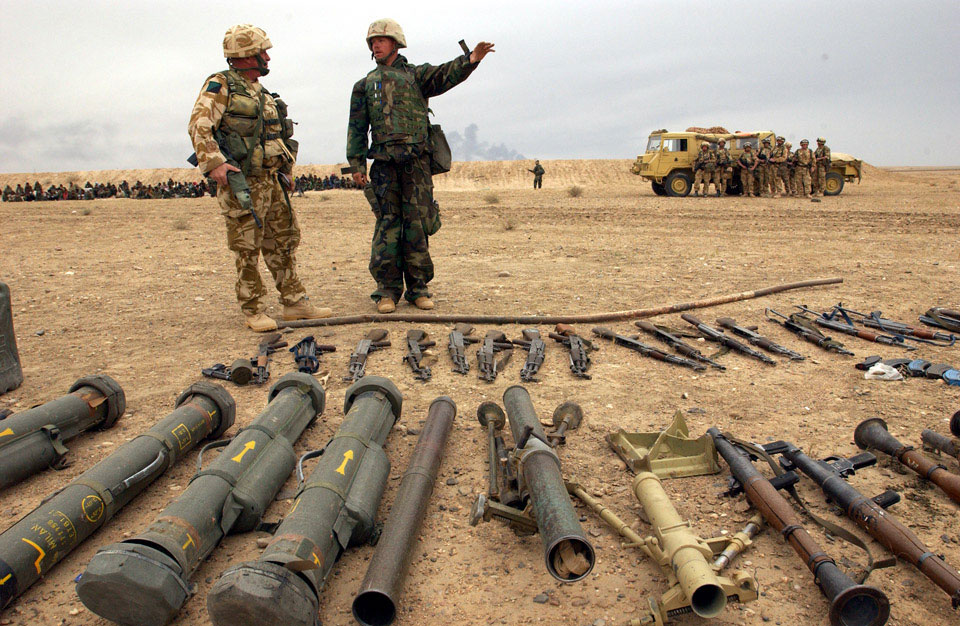 Hand over of prisoners, March 2003

An officer from 1st Battalion The Royal Irish Regiment receives a hand over of 131 Iraqi prisoners and their stock of small arms and anti-tank weaponry from an American marine.

The invasion of Iraq began on 20 March 2003, after the expiry of an American ultimatum for Saddam Hussein to leave Iraq. Saddam's refusal to co-operate with United Nations (UN) weapons inspectors and his alleged possession of weapons of mass destruction (WMD) had formed the main justification for the action. Inspectors later concluded that Iraq had no WMD stockpiles.