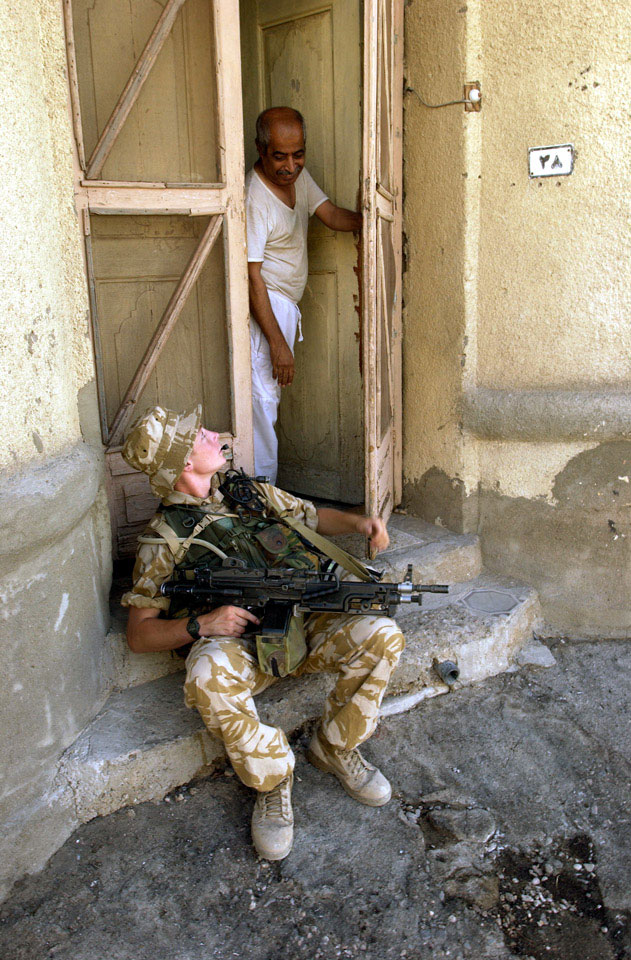 A private from 1st Battalion The Cheshire Regiment sits in a doorway whilst working with Iraqi policemen during security operations around Basra, June 2004

The British soldier is carrying a Para Minimi, a shortened version of the Belgian 5.56 mm mini machine gun, with a standard Nato 30-round magazine.

Soldiers of 6 Platoon 'B' Company, call signs Three Zero Alpha and Bravo, provided multiple patrols around the Local Government headquarters Building in Basra to protect against possible attacks from militants, on what should have been the first day of Iraqi Independence.