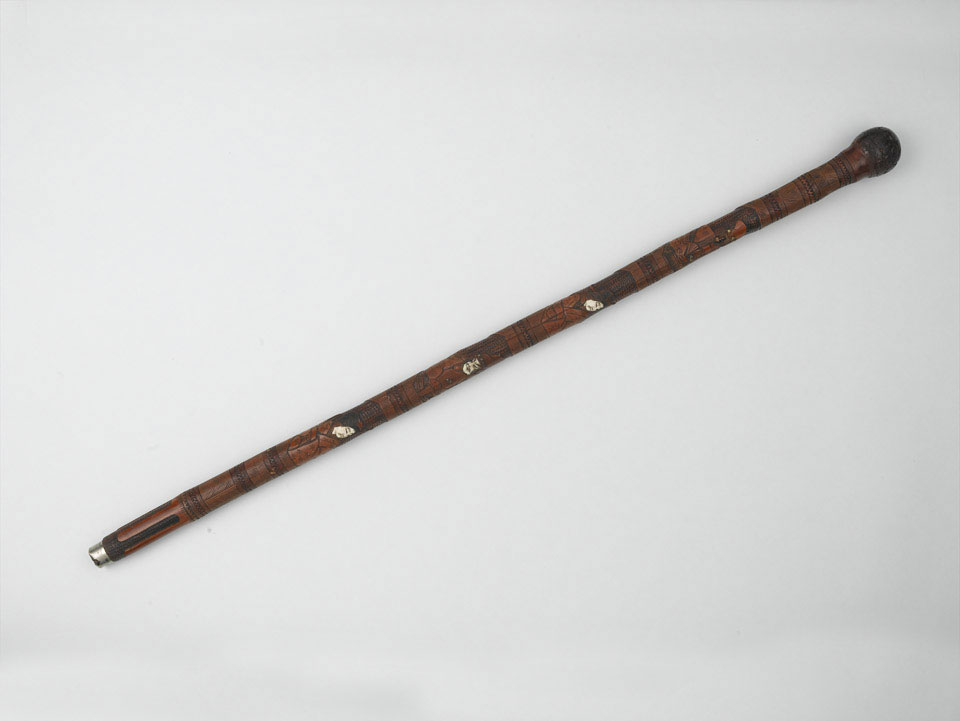 This bamboo cane was taken from an officer at Changi jail in Singapore after he had been found guilty of war crimes against British and Commonwealth prisoners during the Far East campaign. After the war the Japanese prison officers were imprisoned at Changi while awaiting trial. The owner of the cane was shot by firing squad.